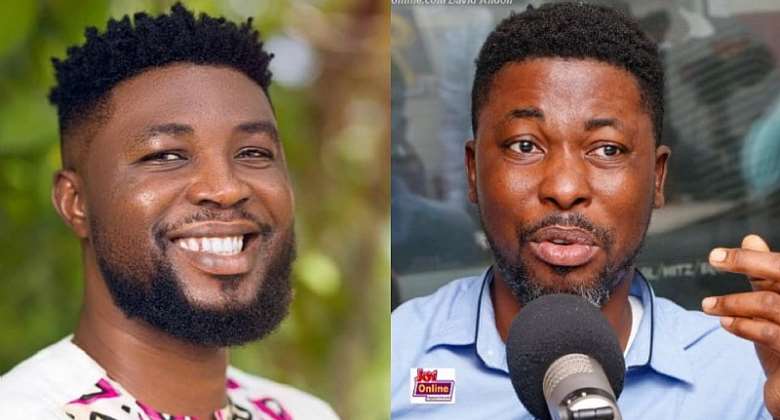 Kwame Dadzie is terrified because people constantly mistake him for Ghanaian controversial entertainer and political analyst Kwame Asare Obeng, affectionately known as A Plus.

On Monday, August 8, the award-winning entertainment journalist claimed on Facebook that A Plus's many enemies may mistake him for the musician and attack him without hesitation.

He stated that he had an encounter with someone who claimed he was A Plus despite his explanation that he wasn't.

It has happened several times, according to him.

“Everywhere I go biaaaa people say I look like A Plus. A lady once insisted that I was A Plus. Nothing I said would change her mind,” his post concluded.

A Plus is a Ghanaian-based musician who is known for his frequent criticisms of political appointees.

He is tagged "controversial" because of his unending criticisms of political figures, particularly the current Akufo-Addo-led NPP government, despite being pro-NPP.