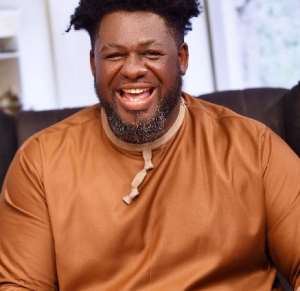 Artiste Manager, Lawrence Nana Asiamah Hanson popularly known as Bulldog has called on Ghanaian event promoters to start arresting musicians if they paid but failed to show up to perform.

According to him, it is criminal and they must be made to face the law.

Bulldog who spoke on Hitz FM Tuesday morning was reacting to Monday's viral reports that Nigerian musician Kizz Daniel was arrested in Tanzania for failing to perform at an event he was paid for.

The organisers of the Summer Amplified Show in Tanzania arrested the Buga hitmaker for failing to perform at the well-publicised show on Sunday night.

'The Citizen, a Tanzanian publication, reported that the singer failed to show up at the Summer Amplified concert at the Warehouse Arena (formerly Next Door Arena) in Dar es Salaam.

Revellers reportedly paid entry fees that ranged from Sh50,000 to Sh20 million for an event that also featured other Tanzanian singers such as Mario, Saraphina and Mabantu.

Kizz Daniel's arrest came after chaos at the event venue warehouse club in the early hours of Monday. His fans waited for the singer to perform from 10 pm until sunrise causing damages that are yet to be specified.

Nigeria's Premium Times unconfirmed reports indicated that Kizz Daniel was absent because he forgot his bags in Uganda where he last performed and refused to use anyone's clothes or buy new ones.

But Bulldog said he supported the arrest and Ghanaian event promoters must emulate it.

“It is a scam for a musician to take the money and not show up to perform. We have to start arresting people here in Ghana,” he indicated.

In 2013, a Jamaican musician Elephant Man refused to show up to perform in Accra on July 6, at the 2013 edition of Bass Awards, organised by Rackus Productions in collaboration with Ballhaus Entertainment and Solid Multimedia.

Bulldog who is the CEO Of Bullhaus Entertainment was part of that event and he has since been looking for ways and means to retrieve his money from Elephant Man.