‘He acted immaturely, he shouldn't have said that’ — Sista Afia reacts to Ayesem’s claim of being her ghostwriter 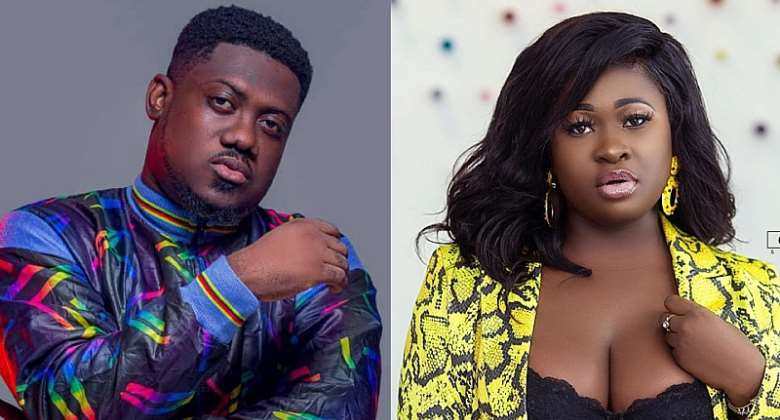 Francisca Gawugah, better known as Sista Afia, a Ghanaian songwriter and musician, has responded to Takoradi-born hip-hop musician Stephen Kwabena Siaw, better known as Ayesem, who claims to be her ghostwriter.

Not long ago, the Taadi-born artiste spoke with Andy Dosty of Accra-based Hitz FM about being ostracised by Sista Afia despite writing several songs for her.

“I decided not to talk about this whole thing because I felt she was a sister. I like Sista Afia because of her voice. She is powerful when it comes to singing. I liked her from day one, so I just wanted to support her,” Ayisem told Andy Dosty during the interview.

To clear the air, Sista Afia recently granted a similar interview with Andy Dosty on his Hitz FM's Daybreak Hitz show, which was monitored by Modernghana News..

She never denied the claim.

She acknowledged that Ayesem had once written for her and even revealed that she had shown generosity to him in several musical features.

“He has done this before… and when I met him, he said he wanted to release a new song. At least he could have called me and not let me look bad. We have done so many songs. “Corner Corner”, singlet and Weather… There are some songs that I have not even released yet. A year ago was when I started knowing about this publishing stuff,” she said.

Ayesem should not have been so immature to make those accusations publicly, according to her.

“I appreciate people. It’s sad because you won’t see Kdei sitting somewhere saying all that because he is mature. You won’t see Singlet doing that. You don’t have to do that,” she said.

More from Industry News
ModernGhana Links
Why use my song to promote your show, I will sue you — Okese1 threatens Global Citizens festival organizers
The gold in filmmaking more than the mining sector, ours is inexhaustible - David Dontoh
I will play my part to win Ghana a Grammy Award — Black Sherif
TOP STORIES