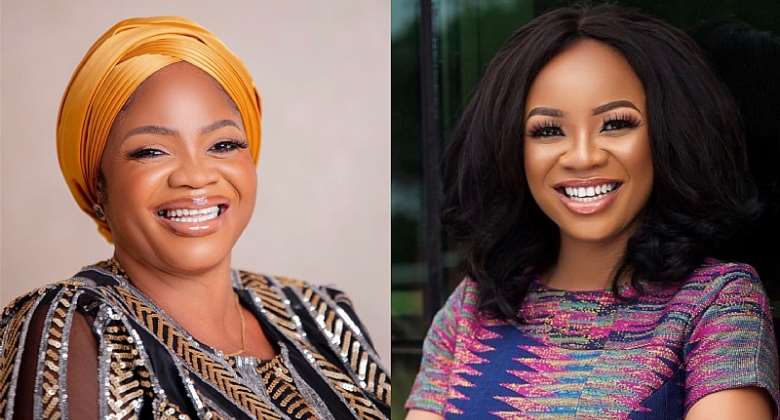 Serwaa Amihere [left] and her mother

But sometimes, resemblances between some parents and their children can be difficult to believe if you are told they aren't twins.

Similarly, Serwaa Amihere, a broadcast journalist with the EIB Network in Accra, and her mother are more than identical twins.

They look so alike that even old age on the part of the mother poses no difference in the resemblance.

Modernghana News spotted the journalist’s Instagram post on Wednesday, August 3, in which she posted her mother’s picture, wishing her a happy birthday today.

In the post, Serwaa expressed gratitude to the mother for her unconditional love for her and the entire family and also promised to always make her proud.

“Happy birthday to my mother. Thank you for loving us, unconditionally. I’m sure one of her friends will show her this. Love you so much, mama. We hope we’re making you proud,” she wrote.

After the post, some netizens were amazed by their resemblance.

They reacted as shown below: