Tracey Boakye is off the market, marries 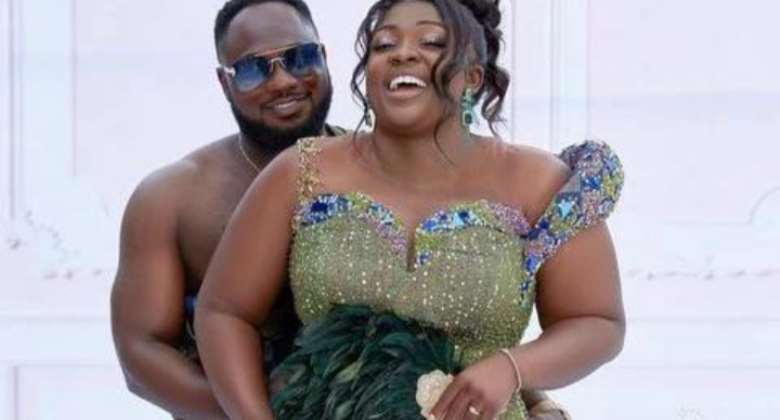 Actress Tracey Boakye on Thursday got married to her fiancé, Frank Badu Ntiamoah in a big ceremony in Kumasi.

The ceremony had come off earlier than expected following previous widespread reports that she was rather getting married this weekend.

Tracey’s traditional and white marriage ceremonies were both held on Thursday, July 28, 2022, to the surprise of many.

It was attended by a number of her close friends in the showbiz industry as well as her family. Among them were Afia Schwarzenegger, Bro Sammy, Obaapa Christy, Christiana Awuni and Esther Piesie.

Tracey Boakye earlier this week surprisingly announced her marriage, hinting she was going to paint Kumasi red for her historic wedding dubbed, “#Francey22.”

Many people didn't believe her when she said that. They thought she was just pranking her followers.

However, it turned out that she was indeed walking the aisle.

She started with a bridal shower on July 26 and then introduced her husband-to-be to the world via the release of their pre-wedding photos. It was the first time she posted a photo of him on Instagram and tagged him.

Suddenly Frank's Instagram following shot up from six thousand plus followers to over twenty-two thousand followers.

Then the wedding came on Thursday. A lot of photos and videos from the main ceremony flooded social media on Thursday.

The controversial bride looked all elegant in her stunning green Kente combo dress for the traditional wedding.

It was a perfect wedding outfit for her memorable day. She indeed stole the hearts of her followers and all who witnessed the ceremony.

The groom, on the other hand, wrapped himself in a green kente that matched his wife's stunning apparel. The couple equally looked good in their white wedding outfits.