You cannot deny the influence of Tiktok, if you say you can't see then you are blind — KiDi slams Tiktok critics 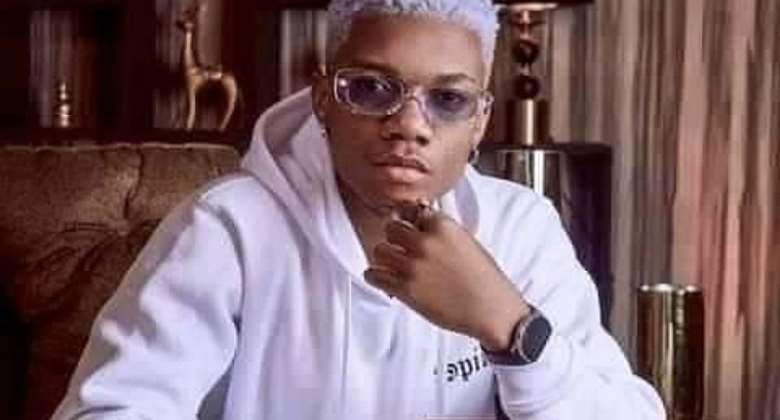 The conversation about whether TikTok is a powerful avenue for the promotion of music in the country has arisen following the "without us your song will be useless" comment by Ghanaian TikTok star Asantewaa.

The latest to join the debate is popular Ghanaian highlife and Afrobeat singer, Dennis Nana Dwamena, better known as Kidi, who believes anyone who can't see the power of TikTok in the music industry is blind.

The reigning VGMA (Vodafone Ghana Music Awards) artiste of the year, granted an exclusive interview with ace broadcaster Abeiku Santana on the Accra-based Okay FM monitored by this portal, in which he expressed how TikTok has contributed to his music and advised every artiste to use it in promoting their songs.

“Yes, you cannot deny the influence of TikTok in the industry, you can't say you can't see it, then you are blind because now music has changed... And TikTok now plays every vital role in promoting your music,” he argued.

He said this while replying to a question by the host that, "Is it [TikTok] a platform that you think everyone should go there and promote their songs?"

After KiDi’s TikTok influence comment, he further boasted that his ‘Touch It’ song has generated the biggest amount of money in terms of musical streams than any song in Ghana.

“I won't mention figures or anything, but I will say that in the history of Ghanaian music, I don't think any song has been able to generate money more than what ‘Touch it’ has, actually streaming money. It has been crazy,” he said

He quickly added; “I stand to be corrected but as far as I know this is the biggest.”

KiDi's song "Touch It" has been featured on many international music charts and has been played in many foreign countries around the world.

Hottest Photo Reports
Catch up with all the political quotes from our politicians.
Advertise here
More from Exclusive News
ModernGhana Links
'I want to be 'Queen Solomon,' give birth to 6 children with different men' - Sista Afia
"I saw waakye's death" — Jagger Pee
From what I'm seeing, Kuami Eugene may end up marrying his house help — Delay
TOP STORIES