I don't pay influencers to promote my songs, they trend by themselves — Kofi Kinaata on TikTok influence 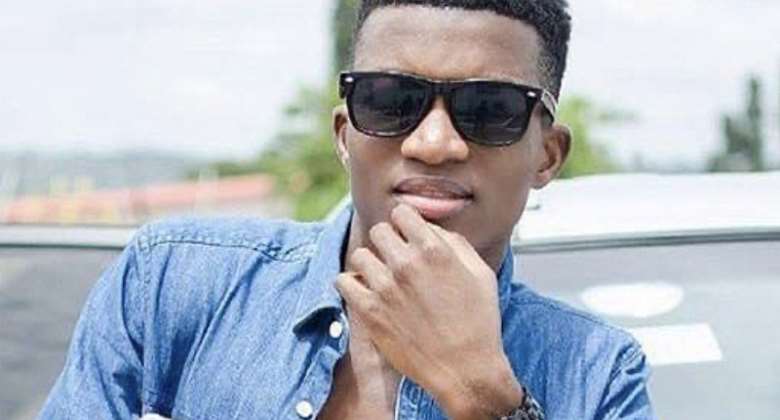 Ghanaian highlife crooner and rapper, Martin King Arthur, popularly known as Kofi Kinaata, has revealed that he does not pay social media influencers to promote his songs.

His assertion comes in a discussion on the recent claim by one of Ghana's female Tiktok stars, Asantewa, that they (Tiktok influencers) are the best music promoters in Ghana.

Speaking to the Accra-based Graphic Showbiz, the award-winning musician asserted that Tiktok is indeed one of the best platforms for music promotion, but in his opinion, paying Tiktokers to promote your song will only make it a trend for a short time.

He added that the best way one can make songs trend for a longer period as a musician is to make sensible and good music that will be accepted and patronised by many. He cited his songs as an example and advised other artists to do the same.

“Don’t misunderstand me, please. TikTok is a decent platform for song promotion. The digital era gave rise to TikTok, a platform that effectively promotes the music of performers.

“However, I believe TikTok influencers are hurting the platform’s goals by promoting songs they are paid to promote. So, content is not frequently taken into account. It rather becomes a priority to set the agenda for a song to trend.

“I didn’t pay any influencers to generate videos for my music to trend on TikTok; instead, regular individuals who enjoy my songs and creativity took up the task and made them popular. It will surely take off when an influencer produces roughly seven videos for a tune. It’s the same as listening to the same music repeatedly on the radio.," he stated.

In his reaction to a question on whether he would ever use the platform (Tiktok) to promote his music Kinaata affirmed: “I have no problems with my fans performing my songs on TikTok, but I won’t pay an influencer to do it. Because of this, I find it quite interesting when some of my colleagues feel they are far ahead simply because their songs are trending on that platform.”

Latest Photo Reports
Catch up with all the political quotes from our politicians.
Advertise here
More from Industry News
ModernGhana Links
Shatta Wale, Wendy Shay, Tinny and more shutdown Asafotufiami
‘He acted immaturely, he shouldn't have said that’ — Sista Afia reacts to Ayesem’s claim of being her ghostwriter
Kizz Daniel arrested after failing to perform in Tanzania
TOP STORIES