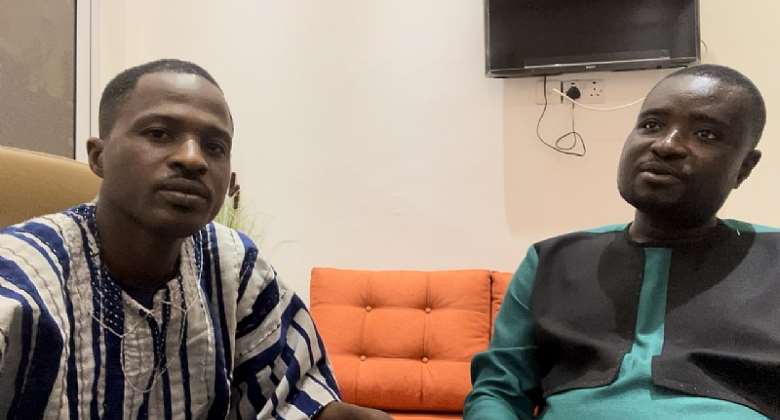 Popular Real Estate Developer Derrick Appiah has alleged that Dancehall Musician Stonebwoy threatened to kill him during a business transaction.

Speaking in an interview with Blogger Attractive Mustapha known in real life as Mustapha Nii Okai Inusah on properties and land issues, he said it has been a good business with artists and helping celebrities to get their own houses.

He said of but a few of them are difficult to deal with. Derrick Appiah noted that he considers such characters normal because "we are humans and we all have our bad sides."

When questioned about a rumored fight locally known as “beef” between him and Stonebwoy, he confirmed it and revealed that Stonebwoy threatened to kill him.

"I rented a house to him peacefully and afterward sold his current place of residence to him in 2019.

"Again, Stonebwoy decided to give me $500 instead of the 2% exactly and told me that if I don’t take the $500 he won’t give me any additional money.

“So I replied that when they contacted me to search for a house for them to buy, I was initially dealing with his wife and not him. He then angrily told me that if I mention his wife’s name again it will be grave and prison,” Derrick Appiah stated.

According to him, he reported the case to the East Legon Police station but the police failed to arrest Stonebwoy.