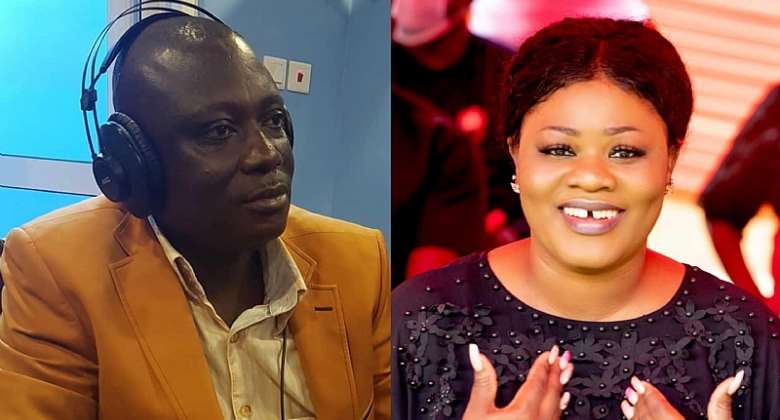 Ghanaian gospel musician, Obaapa Christy’s former husband, Pastor Love Hammond, who is a songwriter and a talent manager, has lamented about being denied access to his children by his ex-wife.

Pastor Love said his last time seeing their last child was in 2010, which is twelve (12) years ago when she was 2 years old, but now 14 years old.

“The children are grown now. More or less, I’m denied access to the children. I don’t want to pursue the issue because in our part of the world if you follow some of these issues to the latter, the outcome would be terrible.

Speaking on the phone with the host of the 'Anigye MMere' Show on Accra-based Onua FM, which was monitored by Modernghana News, the man of God stated that he does not wish to pursue the issue because the outcome may be adverse.

As a result, he revealed that he has accepted to let things be as they are now because he believes that the children will come looking for him in the future at God's appointed time.

“My last child was two years when she took her to Germany. Now she is 14 years. I’ve not seen her since. I’ve left everything in the hands of God. I will not fight over them because if I do Ghanaians will support the one with the bad intent.

“The children know me inside out. In the future, they will come looking for their father. You know me very well. I wouldn’t t have let things like this slide, but I’m not like that again. By God’s grace, people around me have helped me change for the better,” he concluded.

Obaapa Christy, born Christina Adwoa Twene and her former husband, Pastor Love Hammond, officially divorced a few years ago, even though her husband was the hand behind many of her hit songs.

She married her current husband, Nana Yaw Frankie, about ten (10) years ago.

Hottest Photo Reports
Catch up with all the political quotes from our politicians.
Advertise here
More from Exclusive News
ModernGhana Links
[VIDEO] I've money so I won't get married, I'll just buy a man and use him like a puppy — Popular Nigerian Actress
I will marry 30 women, God is polygamous — Prophet Ajagurajah
God loves a prostitute more than a church-going lady — Prophet Ajagurajah
TOP STORIES