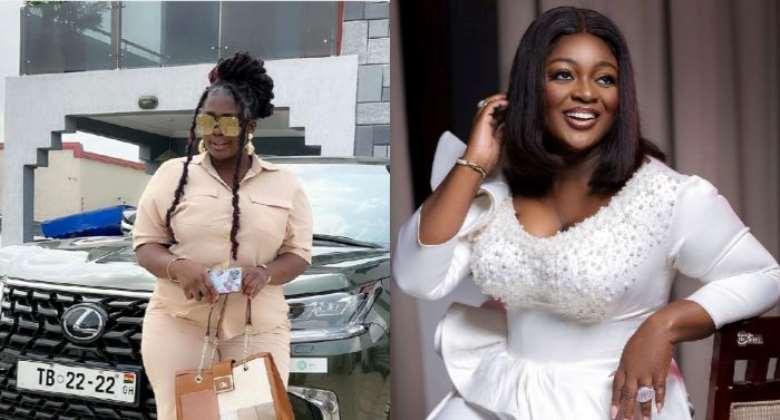 The mafia gang continues to bleed over the accolades being received by actress Jackie Appiah over her plush mansion.

The veteran actress has been trending for a week now after her mansion was outdoored to the public.

The mansion was so large and so modern and state-of-the-art that her colleagues have been dying with jealousy since.

Those suffering the most are the mafia gang, particularly Tracey Boakye and Diamond Appiah.

The two ladies have been claiming to be rich for a while now and Ghanaians have had to listen to them brag.

After Jackie revealed a level neither of them can come close to, social media trolled them.

They were mocked for their shine shine bobo gold-nkoaa decorations which makes their home look like funeral parlours!

Out of pains, Tracey Boakye came out to shade Jackie.

According to her, she owns multiples house so there’s nothing special about just one house.

She tagged herself as a #multiplelandlady.

Diamond Appiah also claims that Jackie is just following in her footsteps and copying her.

Check out the pained mafia sisters expressing their jealousy below…

A/R: Kwabre East residents and Chiefs angry at govt over neg...
22 minutes ago