I wish those slay queens will learn from Jackie Appiah, she is so humble — Don Little 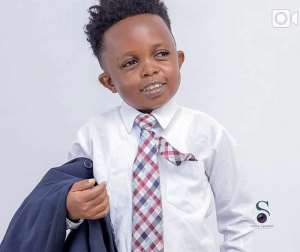 Stephen Atanga, better known as Don Little, Ghanaian actor and brand influencer, has said he wishes all the slay queens in Ghana will learn from Jackie Appiah's humble lifestyle.

“I wish all the slay queens in Ghana will learn from her. You can't take anything from her,” he said

According to Don Little, people in Ghana, including himself, like to show off everything they get to the rest of the world, but the rich, instead, use that energy and time to work for more of those properties.

“I am in Ghana so I can only speak of Ghana. We the poor people in this country like to show off a lot. If a poor man in Ghana gets a small car, they will want to be seen everywhere with all the speed at which they drive and the loud music they play. But for the rich who drive the Range Rovers and Land Cruisers, you won't even hear when they are coming. Their music is on the low because they are planning for their next business, how to make more money," he said.

He noted that even with all the wealth God has blessed her with, she still ignores people who go hard on her on social media, citing Shatta Wale’s earlier attack on the actress this year as an example.

"This woman is humble and respectful. I think she has received proper home training. Upon all her success have you heard her speak anyhow before? Shatta Wale came out to make a lot of unsubstantiated claims about her. But you never heard her respond. She is thinking rich and progressive and that is how every human should be," he stated.

This follows the release of a video of Jackie Appiah's plush Trassaco mansion on social media by Nigerian actress and movie producer, Luchy Donalds, who was astonished.

The video received several rebuttals on social media, with some netizens believing the mansion was not built with Jackie Appiah's personal funds, but rather by some wealthy men with whom she has slept with.

But, according to Don Little, Jackie Appiah can afford to build the mansion herself.