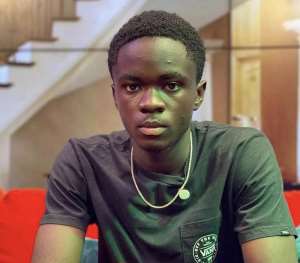 The 2021 hip-hop song of the year winner has been out of the music scene after he released the party song in which he featured Malcon Nuna, making people think his career has been crashed.

Though Yaw Tog never responded to these criticisms, he has now come out with the explanation being that he was spiritually attacked.

In a Twitter post by the 'Sore hitmaker on Saturday, June 25, 2022, he noted that he was defeated by the attack, but thanks to God, he is back on his feet again.

He further stated that his decision to disclose to the public is a result of his quest to advice aspiring musicians to be serious in their spiritual life.

He added that musicians need to be vigilant about who they take as friends.

“I got defeated early this year but I’m back again and be beware of fake friends, please.

“I feel like advising the young ones wishing to do music in the near future please be strong in the spiritual world too,” his tweet reads.

Hottest Photo Reports
Catch up with all the political quotes from our politicians.
Advertise here
More from Exclusive News
ModernGhana Links
From what I'm seeing, Kuami Eugene may end up marrying his house help — Delay
Can't you use the amount you spend on clothes to build yourself a house? - Delay advices King Promise
My customized necklaces, wrist watches and earrings cost almost $50,000 — King Promise
TOP STORIES