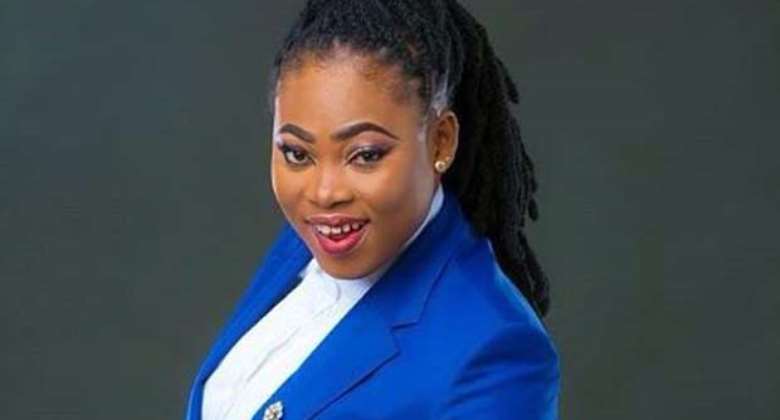 Gospel star, Joyce Blessing is back in the trends following allegations of her being drunk in a latest leaked video.

In the video circulating on social media, a lady believed to be the gospel singer could be seen drinking wine from the bottle whilst talking into the camera about issues of her heart.

“This is red wine, you made me drunk,” she said whilst drinking the wine from the bottle.

“I love you, I fucking love you”, she further added.

The Joyce Blessing alleged video has come out days after reports of her went viral for allegedly mocking Nana Agradaa over issues about her church and husband abandoning her.

In the past months, Joyce Blessing has been in the news over issues about her marriage.

She and her husband were allegedly going through a divorce after she was accused of cheating.

She however denied the allegations of cheating.

Other reports alleged that the husband Dave Joy carried out a DNA test without her consent and discovered that one of their three children was not his but in her response, she said she has never dated two guys at the same time.

“Nooooo. I have never gone out with two men at the same time. And I never dated any guy before my marriage. It is really annoying o”.

“I don't like people who talk about others like they've known them for long. Meanwhile, they have never met the person in question,” Blessing said during the brouhaha.

She is now in the news for getting drunk and using swear words.

Latest Photo Reports
Catch up with all the political quotes from our politicians.
Advertise here
More from Gospel News
ModernGhana Links
Pay Gospel artistes after shows, 'God bless you' is not enough — Patience Nyarko to church leaders
Morris Makafui reveals why he recorded ''It is God''
Joe Mettle drops 7th album " The Kadosh "
TOP STORIES