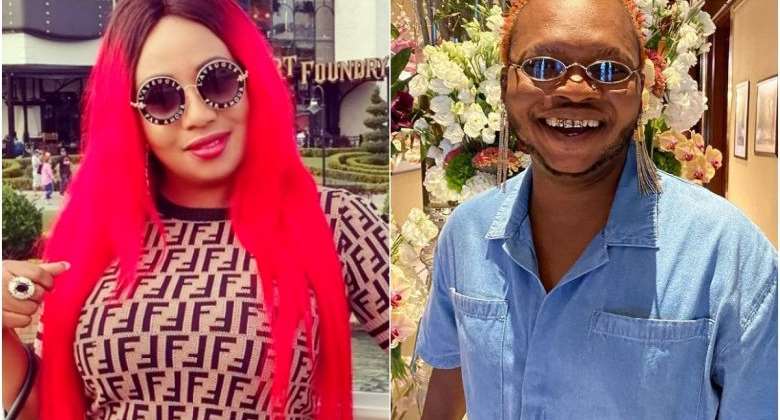 Nana Tornado has gone after Diamond Appiah for comparing him to Nigerian crossdresser Bobrisky.

Hours ago, Diamond threw a shot at Tornado by describing him as ‘Low China Grade Bobrisky.’

She also hurled other derogatory comments at him as they deepened their age-long feud.

Tornado has now found ample time to equally return fire and told her she is very stupid for comparing him to someone like Bobrisky.

He also asked her not to address him directly in videos but rather hide behind her cowardice and throw subtle shades.

Furthermore, Tornado revealed Diamond has been living a fake lifestyle on social media as some of the properties she flaunts online are not hers.