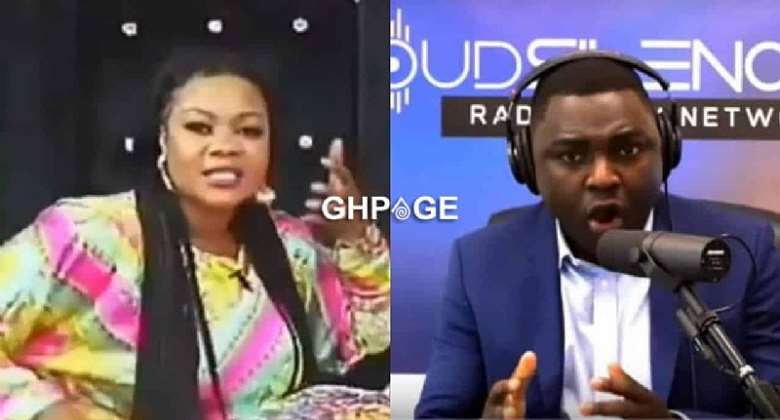 Shortly after being trolled on social media following her appointment as Ambassador of the National Security Ministry’s ‘See Something, Say Something’ initiative by US-based social commentator Kevin Taylor, Gospel musician Gifty Adorye has finally reacted.

Kevin Taylor has taken to his social page to body ridicule the songstress and questioned the ministry’s reason for appointing her as an ambassador.

Kevin Taylor in the process accused the husband of the songstress, Hopeson Adorye who is a renowned politician with the ruling party, NPP, of dashing the deal to her wide who knows nothing about security.

Responding to the accusations by the social commentator, Gifty Adorye, popularly known in music circles as Empress Gifty, in a video spotted on social media has gone ‘raw’.

Reacting to Kevin Taylor’s accusation of her enhancing her butts by wearing hip pads, the songstress stated that wearing hip pads are meant to boost the confidence of ladies.

Empress Gifty was last week announced as the ambassador for the National Security Ministry’s initiative, ‘See Something, Say Something’ campaign.

The initiative comes as part of the Ministry’s move to control and ensure the nation’s security following widespread rumors of an attempted terrorist attack on the country.