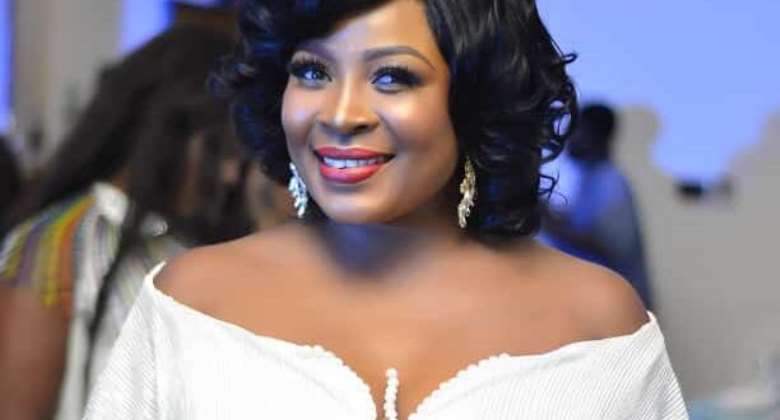 Renowned actress Gloria Sarfo has shared how she attended several movie auditions without landing any roles because she refused producers sex.

In an interview with Stacey Amoateng on the ‘Restorations’ show, the actress said her journey to fame was not an easy one as she constantly refused producers sex for movie roles.

This she said affected her because she always turned out to be one of the best talents during some of these auditions.

“Some of us there were some people who beat their chest and they told us in the face that ‘if you don’t succumb to what we are saying you are not going to be seen on TV,” she said.

She said in their quest to convince her to warm their beds, the producers would often show her pictures of popular female actresses who they claimed had been successful because they gave out sex to producers.

Finding it difficult to land some movie roles, the actress disclosed that she did some product samplings for companies until she eventually landed a role in the popular Ghanaian series ‘Efiewura’.

Gloria Sarfo added that she was optimistic about landing a big role through Efiewura.

Unfortunately for her, some producers refused to book her for their projects because according to her, she was too local because of her role in Efiewura.

“Even when I am selected for a movie, and I am playing a vital role, they say because of my audience; they would not put me on posters because of the people I attract.

"Someone told me that if I don’t stop Efiewura and do the English movies, they can’t use you for better roles,” the actress sadly recalled.

Gloria Sarfo, now a successful actress revealed that several young actresses come to her with complaints of movie producers demanding sex before they are given roles.