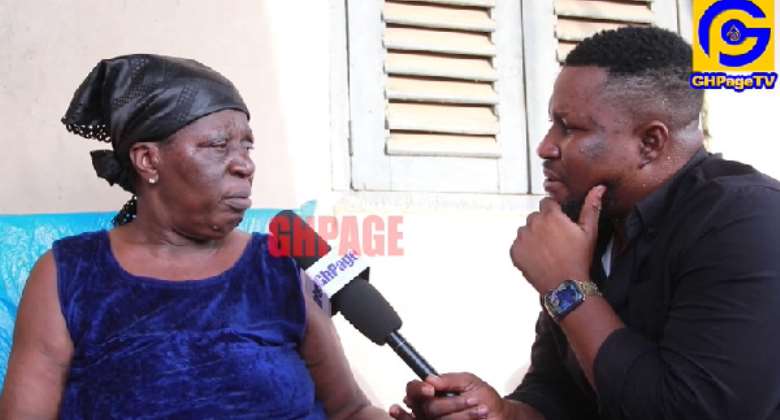 Lovers of Kumawood movies yesterday got a piece of shocking news about the death of one of the popular actors in the industry, identified as Osei Tutu.

At the time news about his death surfaced on social media, little was known about the cause of his death with some people giving their own versions or story surrounding his death.

Following the sad news, Ghpage TV granted an exclusive interview with the mother of the deceased who has shared some secrets and circumstances leading to the death of the actor.

According to his mother, the late actor two weeks ago was found sick at his residence and was rushed to a hospital closer to her for medical attention.

He wasn’t able to even drink water or take anything because he was complaining about his throat.

He was later discharged and when he came to her at home, he told her that some people in the movie industry were the ones behind his sickness an allegation she ignored because she didn’t believe it.

Shortly after saying that he went out with a junior brother who came back home to narrate to her that about nine(9) needles were removed from his throat in his presence.

Latest Photo Reports
Catch up with all the political quotes from our politicians.
Advertise here
More from Industry News
ModernGhana Links
Fiifi Coleman advises movie producers to reveal their gains to attract investors
'In Ghana, the people you want to help are those pulling you down' — Morris Babyface on Yaw Tog’s spiritual attack
‘I’ve never assaulted any woman before’ — Husband of Actress Chacha Eke-Faani
TOP STORIES