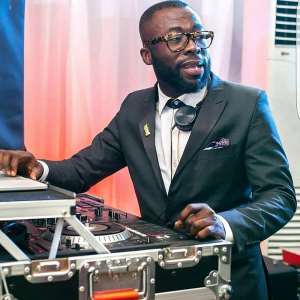 Speaking in an interview with Blogger Attractive Mustapha, During the VGMA23, the celebrated TV & Radio personality said the Vodafone Ghana Music Awards has for the past 23 years have shown growth, maturity, and progress in the industry.

He continued that “the best thing to do is for every musician nominated to do a video and appreciate the awards but the problem is immediately the musicians do that it becomes another problem as if they are in the known that they will win.

To him, it does not matter the platform artists are nominated, so far as it is an award scheme they should appreciate and make efforts to attend.

He also stated that it is better to send a representation when one is nominated for awards and that is exactly what he does.

Hottest Photo Reports
Catch up with all the political quotes from our politicians.
Advertise here
More from Industry News
ModernGhana Links
Fiifi Coleman advises movie producers to reveal their gains to attract investors
'In Ghana, the people you want to help are those pulling you down' — Morris Babyface on Yaw Tog’s spiritual attack
‘I’ve never assaulted any woman before’ — Husband of Actress Chacha Eke-Faani
TOP STORIES

Speaker Bagbin calls on Israeli counterpart in Jerusalem
39 minutes ago