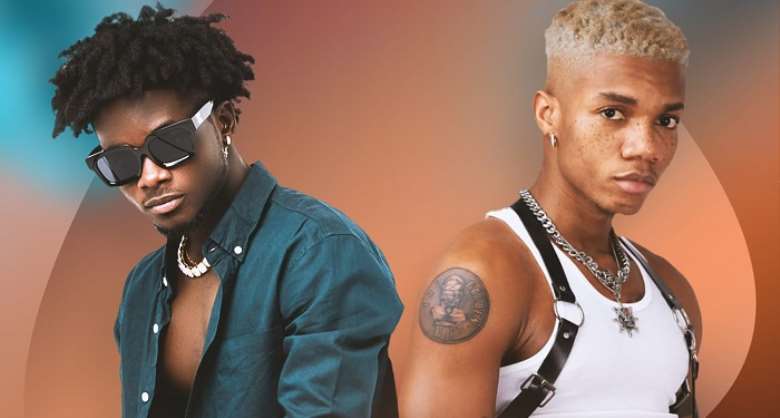 After a successful display of music and talent at the Indigo O2 Arena, Lynx Entertainment signees Kuami Eugene and KiDi are set to hit Europe on a tour beginning September 2022.

The two have over the years gained international recognition following their consistency in releasing musical projects. They have also established themselves as part of the leaders of the new school of Ghanaian Highlife music.

KiDi won the Artiste of The Year award at this year’s edition of the Vodafone Ghana Music Awards, VGMA following successful releases which include ‘Odo’, ‘Say Cheese’, ‘Enjoyment’ and his ‘Touch It’ which became a global viral section.

The song for several weeks dominated the UK Afrobeats Chart and the Billboard Global Thriller Chart.

Kuami Eugene won the ultimate award too in 2020 and is a four-time Highlife Artiste of the Year award.

The youngster has several hit songs to his credit some of which include ‘Angela’, ‘Confusion’, ‘Happy Day’ with Sarkodie, and ‘Love Nwantiti’ with Ckay and Joeboy from Nigeria.

This tour is scheduled for September 2022 and will see KiDi and Kuami Eugene perform with their DJ (DJ Vyrusky) and a live band (The Afro Harmony Band) in Vienna, Munich, Cologne, Berlin, Amsterdam, Rotterdam, Copenhagen, Oslo, Stockholm, and Hamburg.