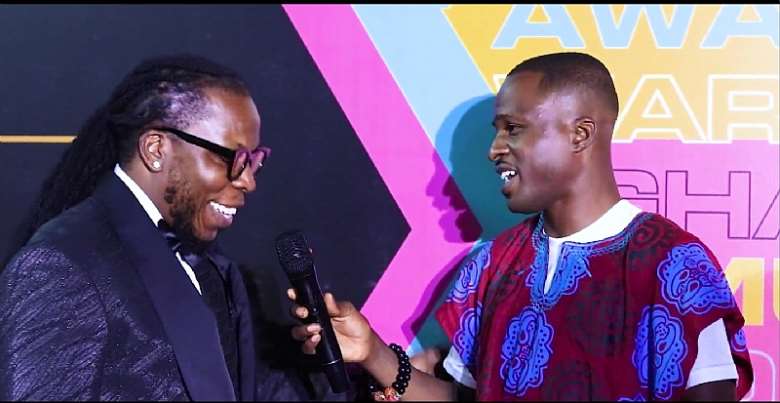 Ghanaian rapper and singer Edem has explained why he did not discuss the creative industry matters with President Nana Addo-Dankwah Akufo-Addo when he met him.

The musician in an interview with Blogger Attractive Mustapha expressed joy in meeting the president for the first time.

According to Edem, he performed at the President’s 78th birthday party and had the privilege of meeting him.

When asked why he did not discuss the creative art industry with the president since that is where he belongs, he said Shatta Wale and Stonebwoy have all met the President and discussed the industry with him before so he did not see the need.

“We have seen musicians in a couple of years discussing the industry with the president, so I had to say something else," he intimated.

A few days ago, a video of Edem meeting the President went viral with many music fans asking what the musician was actually discussing with the president since the voice in the video was mute.

Latest Photo Reports
Catch up with all the political quotes from our politicians.
Advertise here
More from Industry News
ModernGhana Links
'You've been bragging and all you could do was that 'our day' party?' — Diamond Appiah blast Delays over her Birthday party
I won’t stress myself too much just to win awards in Ghana — Jupiter expresses disappointment
Sonny Balli to be buried in London on July 12
TOP STORIES