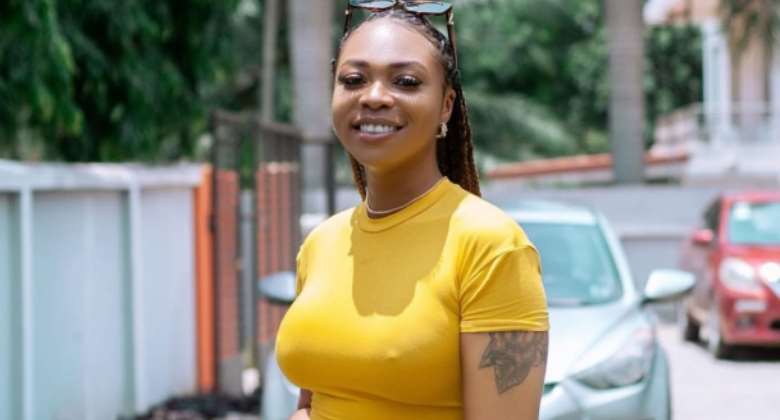 Actress and socialite Michelle Diamond, popularly known as Michy has finally opened up on the motives behind her ‘fake’ pregnancy photos which she shared on her birthday.

According to the former girlfriend of dancehall giant, Shatta Wale, her action was to teach netizens not to believe everything they chance upon on social media.

“I was feeling mischievous on my birthday and yeah when you (media), me, you deal with me very well, so I was like let me play with you all a little bit. It was a harmless prank, that didn’t take me to Ankaful, we thank God for that,” she stated.

Michy made the revelation on Saturday’s edition of UTV’s ‘United Showbiz’ show.

It is recalled that Michy took over social media trends when she posted a picture of herself with a baby bump which got many tongues wagging especially when it was a sudden happening.

In her submission, Michy expressed that it is okay for netizens to admire people as much as they want but the need to be careful of believing all the things that they display on social media.

“If I could fake that, anybody can fake their lives. Celebrities lie, they fake lives, and everybody lies. Just stay focused on your journey. Watch what they do as entertainment, but don’t say ‘wow, I wish I could be them’. They probably have more issues,” she concluded.

Hottest Photo Reports
Catch up with all the political quotes from our politicians.
Advertise here
More General News
ModernGhana Links
My school will be free to inspire people to give back to society — Michael Blankson
I Get Worried About Not Settling Down Yet -Mzvee
Samini has the potential to rise to become a big political leader in Ghana — KK Fosu
TOP STORIES