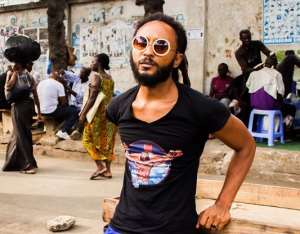 Ghanaian artiste Wanlov Kubolor has revealed the reason behind his hostile attitude towards Christianity.

In a recent interview on Adom TV’s, Ahosepe Xtra show recalled how a prophecy made to him by a man of God in his father’s church never came to pass.

According to him, the prophecy was made when he was preparing to travel abroad.

He said the prophecy which followed a prayer for him indicated that his trip to the United States was going to bring him success in his career, education, and other aspects.

However, the singer told the host of the show, Black I that none of the prophesies came to pass as he never gained admission to his dream school.

He said to make matters worse; he was never able to secure a decent job in the United States leading him to engage in illegal jobs which led to his eventual deportation back to Ghana.

This he said never made him believe in any religion or prophecy.