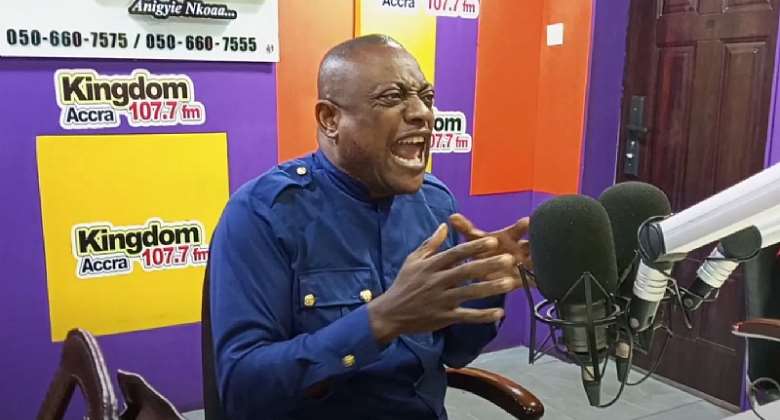 Efia Odo and Abena Korkor have come under immense criticism over their consistent sharing of naked images on social media.

Abena Korkor on Tuesday left many people stunned after she shared her nak*d photo and videos online.

His reason is the duo are acting as a bad example to the youth with their public indecency which is criminal.

According to him, the exposure of nudes is against the criminal offence act, the cyber crime act and the public decency act of the 1992 Constitutions of the country.

To him, there is no difference between Efia Odo’s action and that of fellow actress Akuapem Polo, who was sentenced to jail for nudity.

His point is that the same law which got Akuapem Polo arrested must take its course on Efia Odo and Abena Korkor.

“When women expose themselves naked, it's a criminal offense, yes, its criminal offense especially when it is done internationally. If these things have gone to the notice of the cyber crime office and the IGP they will act on it,” he stated.

According to him, that kind of protestation is an attitude he attributed to the high indiscipline in the Ghanaian society leading to many uncultured practices.

Latest Photo Reports
Catch up with all the political quotes from our politicians.
Advertise here
More General News
ModernGhana Links
US Based Media Mogul and evangelist Charles Nimmo Ntiamoah receives 3 awards
Captain Planet has blocked me – Coded Of 4×4
Stop getting pregnant for guys in the name of love — Yvonne Nelson advises ladies
Fake prophets duped me of GHc 20k — Praye Tintin reveals reason for enjoying his 'anti-religious' life
Stephanie Benson says she has had only one sexual partner her entire life
Yvonne Nelson's 2015 'dumsor' demo, vigil was needless; she should do same against E-levy — John Dumelo
Most MPs behaved like infants when I was invited to Parliament - Blakk Rasta
Punish D-Black, let him pay ECG double — Blakk Rasta calls on government
Doreen Avio earns multiple nominations at Ghana Entertainment Awards USA
TOP STORIES

Court adjourns case between Asanko Gold and GMWU to June 1 o...
10 minutes ago