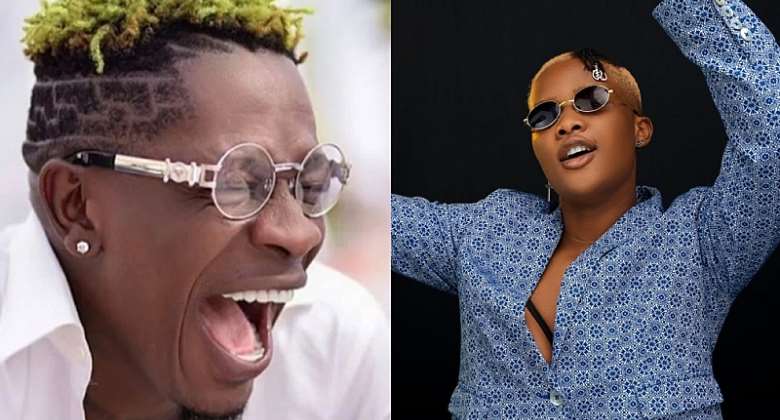 All throughout the year, critics of Ghanaian music legend, Charles Nii Armah Mensah popularly known as Shatta Wale have been throwing jabs at the music machine that he has lost his spark to create hit records.

Shatta Wale after various songs which really didn't resonate with the general public shut his critics up after he dropped 'ON GOD' which got everyone talking.

And then he dropped the biggest potential hit after that called 'shoulder' which comes across as a typical Shatta Wale hit record which got everybody dancing barely a few hours after release.

'SHOULDER' seems to be so addictive that it has already attracted a female rendition from hot new-school female lyricist Ruby Delart in less than 24 hours after Shatta Wale's release.

Ruby Delart titles her rendition, 'ODA' which literally means 'YOU HAVE GROWN' in the Ga language.

The witty flows, deep lyrics and humor packed vibes from this young female lyricist is something that is going to grab your attention from start to finish of the song.

Checking up on who DELART is, we figured out she is so unique with her concepts, messages and even the quality of her music videos.

Ruby Delart have already dropped hot jams like thank you gari, wundi, ohiani stubborn proud, Colombia pawda and p*ssy fit. All of which are out-of-the-box concepts. Not the regular messages we hear in our everyday songs.

Check out her rendition of Shatta Wale's 'SHOULDER' song which happens to be the first refix as well as the official female version of the dancehall superstar's hit record.