"When there is an opportunity for him, I gladly will" — Tracey Boakye opens up on relationship with Ken Agyapong 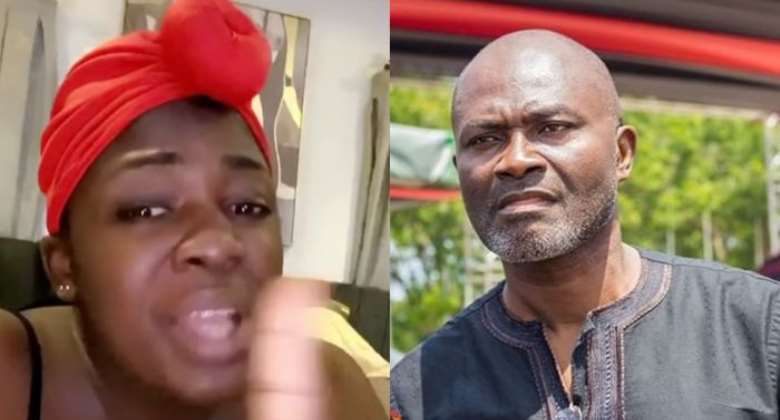 Popular Ghanaian actress and socialite, Tracey Boakye has revealed the state of her relationship with renowned politician, Kennedy Agyapong.

The two in 2020 had constantly gone at each other on social media following accusations leveled against Tracy of having a romantic relationship with ex-president Mahama.

In that year, Tracey Boakye was at war with songstress Mzbel over an undisclosed sponsor whom they named ‘Papano’.

The Assin Central lawmaker Kennedy Agyapong waded into the banter, accusing Tracey Boakye of enjoying taxpayers’ money and raining insults on her claiming that the former President bought a house for her in Accra.

This did not sit well with Tracey Boakye who took to her social media page to reply the politician in a series of videos.

The two later apologized to each other, leaving the issue to sleep.

Speaking to Abeiku Santana in a recent interview, Tracey Boakye stated that she is on good terms with the politician and is willing to meet him if there is an opportunity.

“I have apologized to him after he came to say it was all lies. I have never met Kennedy Agyapong in my life. When there is an opportunity to meet him, I gladly will,” she stated.

IMF bailout: Free SHS, other programs must be redesigned– Se...
1 minute ago