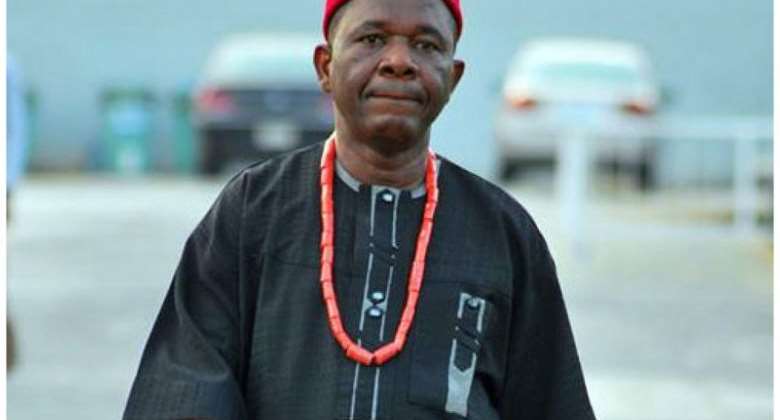 Veteran actor Chinwetalu Agu has opened up on how he survived recent spiritual attacks on his life.

According to the actor, he was the opposite of the characters he played in most of his movies which were mostly witchcraft themed.

The actor who is known for his unique jargon said the spiritual attacks came in the form of an illness that he had to treat with several medications.

He said it took the intervention of one prophet who revealed to him the reasons behind the attacks on him and helped free him from his spiritual bondage.

The spiritual exercise saw the retrieval of cowries, sea stones, nails, keys, bullets, and particles of broken mirrors from his body.

He expressed that in a bid to kill him, the items were spiritually placed in his heart, chest, and shoulder areas.

The actor has been away from the movie scenes for a long time.

Latest Photo Reports
Catch up with all the political quotes from our politicians.
Advertise here
More from Movie News
ModernGhana Links
Agya Koo is the reason we are where we are today - Kwaku Manu confesses
I'm still a virgin and will never allow any actor to chop me – Actress Spendilove
I cheated on LilWin because of hunger, he starved me — Ex-wife reveals
TOP STORIES