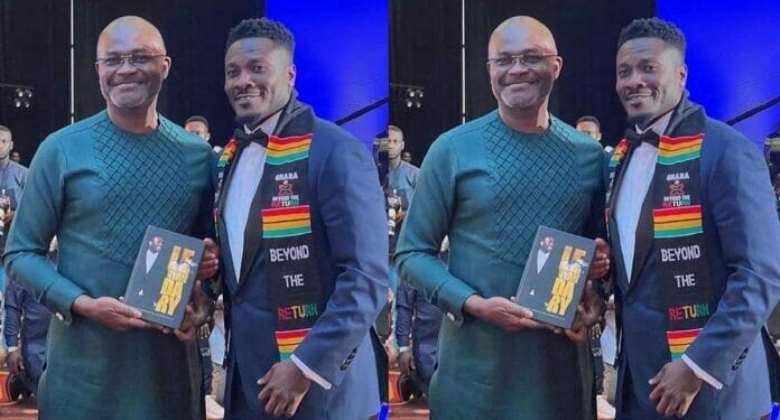 The book titled ‘LeGyandary’ takes readers through the illustrious journey of Gyan’s early days and his rise to fame as arguably Ghana’s greatest-ever striker.

The book also if read will bring to an end some uncertainties about his encounters with people in and out of the country of Ghana.

The book launch saw in attendance dignitaries in government such as President Akufo Addo and Assin Central MP Kennedy Agyapong, celebrities, and great footballers like El Hadji Diouf and the President of the Confederation of African Football (CAF), Patrice Motsepe.

The former Black Stars captain in a speech said the new book can inspire younger generations to give back to their communities.

Kennedy Agyapong made 100,000 Ghana cedis to purchase the second copy of the book at the launch.