Lilwin introduced me to Kumawood, we never dated — Sandra Ababio 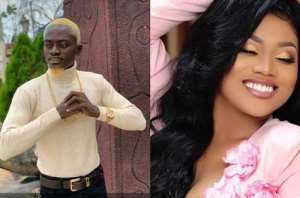 Speaking with Graphic Showbiz in a recent interview, the actress indicated that Kwadwo Nkansah was just a friend.

She added that rumors of their said relationship are a result of their close friendship.

According to the actress, Nkansah Lilwin was the one who introduced her to the Kumawood movie industry.

“I was new in Kumasi and he was more than a friend to me. He showed me around Kumasi. In fact, he was the one who took me to Kumasi and we did everything together like going to set together, amongst other things so that is where the rumors started.

"We live in a society where a man cannot be just mere good friends with a woman so when they saw us together most of the time, they concluded there was something going on between us, we are just good friends. I am not dating Lilwin and I have never dated him,” she stated.

“Congratulations to him, he just got married to his longtime girlfriend in the US and she is beautiful. May God bless their union and I wish them the very best,” she added.