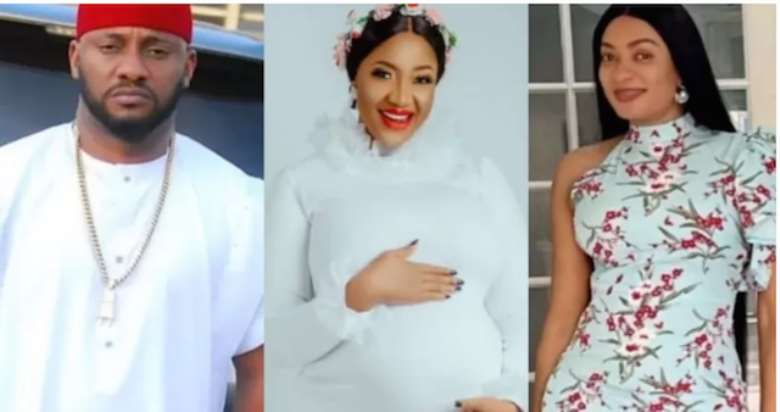 Disappointed netizens went hard at the actor over the act whiles others hailed him, indicating that there was nothing wrong with his actions.

However, the actor who appears unperturbed about the reactions of netizens indicates that he owned responsibility for the situation as a “real man”.

Yul Edochie mentioned that fake men deceive women just to have their way with them but unlike them, he stood strong as a “man” and took responsibility for the situation.

“Real men own up and take responsibility. Fake men dey hide for back dey run am. EZEDIKE! Na man you be,” his post read.

It is recalled that the actor took to his Instagram page to announce settling down with another woman with whom he has a son.

In the post, the actor indicated that the child’s name was Star Dike Munachimso Yul–Edochie adding that he loves him as much as he does his other children.

Yul Edochie is believed to have met the second woman, Judy Austin on a movie set.

The new union did not sit well with his first wife who cursed them on her social media handle, “May God judge you both.”

Yul Edochie met his first wife, May in 1998 and got married officially to her at the age of 22 after six years of dating.

Their 17 years of the union were blessed with four children Danielle, Kambi, Karl, and Victory Edochie.

Yul Edochie, who is the last child of legendary Nigerian actor, Pete Edochie has however assured his first wife that her spot in his heart is maintained.