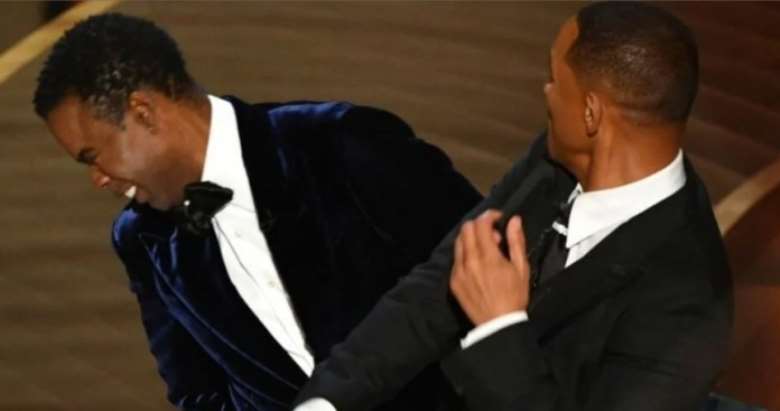 The ordeal at the March 2022 Oscars involving the popular American comedian Chris Rock, and movie star Will Smith, is one of such to look back at and analyse cautiously.

Consider the following first, drawing your attention to the previous Oscars and tentatively how the popular Award Academy show, waved strongly into pop culture spaces by exclusively entrapping the minds and emotions of the general public. Tracing backwards, one would easily note the larger fans and public engagement afloat social media spaces during the season of the award show compared to the previous set.

Currently, the plight that took off between the top American stars are still peculiar to the host of fans as many attributes it as only a means to spur the emotion of viewers and gain general traction worldwide. While other fans have refused to box themselves on the latter as mentioned earlier, they focus saying it is simply a man fighting for the interest of his wife. Honest enough, it was displayed as such and launched further to publicly show us a remorseful man who also apologized for his wrongdoing by sensitively joking with someone else's wife on stage. That was all that is for the public to quickly make assertion.

Meanwhile, a closer look at when the ordeal incurred the general public's interest as well as trapping people's emotion in the middle should be squarely focused on as much as the American's could be easily regarded as the Father's of show business in between. The global media and entertainment (M&E) market, including film, television shows and advertising, streaming media, music, broadcasting, radio, book publishing, video games, and ancillary services and products) was worth $1.72 trillion in 2015, $1.9 trillion in 2016, with extrapolations ranging to $2.14 trillion by 2020. About one third of the total ($735 billion in 2017) is made up by the U.S. entertainment industry, the largest M&E in the world.

Now, consider an actor who's attaining the climax level of his career run, he has been nominated twice at the Academy Awards and recently secured a plaque to glory his hardwork after more than a decade being an actor in Hollywood. Atleast, if not for the most reason as regards Will's longevity starring in movies, he has secured one of the world's most prestigious awards in his industry as a movie star. Obviously, he should look towards dominating more spaces and getting to establish himself into the minds of viewers beyond movie productions.

Will Smith is big, atleast accomplished and huge enough to be an idol and an inspiration to both the young and older stars in the game. He deserves the attention he is currently acquiring after supplying Chris Rock what he deserves, but not publicly, if it weren't planned as to capture the minds of fans and viewers even as far as to sprout and establish the Oscars event into a much wider space beyond.

I mean, it is the award show's 94th Edition, and the ceremony deserves such an attention it is accumulating currently. I understand where the interest of Will's wife comes in between but, not at such an expense, was it planned to capture the public's attention and interest? Perhaps if Smith hadn't given Rick a hit, the Oscars and the massive traction both super-stars are acquiring currently wouldn't occur right?

Back to the basis, the Americans are the Father's of this business and then we know this isn't the first time stunts have been pulled at the Oscars to gain the entire public interest. Perhaps it hasn't just been pulled this nature.

This story is written by Agwuma Kingsley from Unusual's Newsletter. You can follow him on Twitter/Instagram @Agwumakingsley1