UTV's United Showbiz; A Great Show on the Verge of Facing a Limping Legacy - DerrickManny Writes 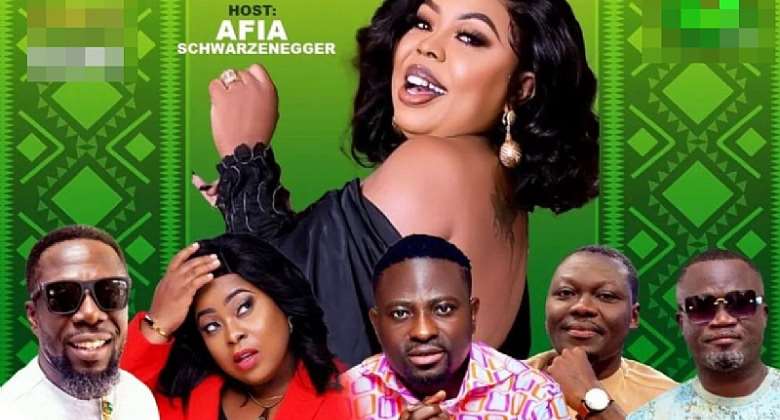 Ghana’s entertainment industry woke up to a new birth of undoubtedly one of the best entertainment shows on tv which got the whole country talking, in fact it was jamming and entertaining.

With a series of great personalities passing through while making news headlines, creating content, setting beefs as well as educating the public was one of the key elements that made the show a national show.

The likes of self -acclaimed Africa Dancehall king Shatta Wale, Stonebwoy, Bulldog, A Plus, Arnold Asamoah Baido, Togoe Sisters, Pat Thomas, Gifty Adoye, Fameye, Rose Adjei , Afia Schwarzeneger, Abeiku Santa just mention few graced the show with spectacular performances and well detailed analysis putting the show on number spot in the country. In fact, it was the show of the people, for the people and by the people.

Sitting in as host was the beautiful actress Nana Ama Mcbrown known by everyone as an actress or probably an influencer. But with her vast Experience in the entertainment industry proved to everyone she has the exquisite skills and talent to drive the show to the podium.

She was always on point with her postures and gestures, sublime way of asking questions and her ability to control the quests. With such qualities carried out by a host, every Tom dick and Henry will have no reason to tune off his or her television to any channel other than despite media’s United Television (UTV) it’s all about you!.

The show I must say has hosted almost all the celebrities, Influencers and decision makers in the art and entertainment industry.

Time as the tide waits for no man. Besides, uncertainties are born to happen as much as we are living in someone’s world. Fast forward, It was alleged that the super versatile host Nana Ama McBrown has taken a leave to embark on a surgery in Dubai.

His versatility did not match with the show which for once I think he’s more of a radio gem than television.

Many people were not satisfied with his performance as host hence creating so many controversies and brouhaha. He was then taken off the show to concentrate on his drive time show and his television pre-recorded show "ATUU"

THE BEGINNING OF A LIMPING LEGACY

A show which in records can be regarded as one of the most prolific entertainment shows in fact, a legacy laid in the history books of the art and entertainment industry started taking a noise-dive.

The invitation of other industry folks to sit in as hosts has generated too many arguments and controversies as to whether the management/producers know the harm they are causing to the show. The likes of gospel artist Gifty Ardoye, Fella Makafui, actor kum politician John Dumelo, actress Yvonne Nelson among others have all been on the show as hosts.

Many people have raised eyebrows and concerns about the inconsistency of a permanent host as well as the random changes of host within the creative space amounting to losing viewership.

A show which was well structured, planned and had all the thumbs up of Ghanaians now facing a limping myth. The show is now boring, and people are complaining.

I came in peace, not in pieces.