Improve your talent by acquiring knowledge — Okraku Mantey to creatives 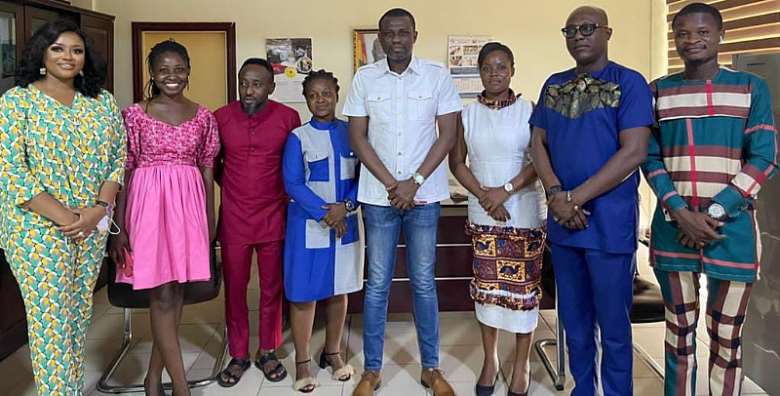 Deputy Minister for Tourism, Arts and Culture, Honorable Mark Okraku Mantey has raised some concerns about the slow pace of progress of the creative industry.

Speaking to the newly elected Art and Tourism Writers Association (ATWAG), he indicated that creatives in the country lack the broader knowledge and sometimes exhibit an unrefined attitude to work.

He tasked creatives to evolve as the world does.

"Do not depend on your talent; the world is evolving; otherwise, you will be second to South Africa, Nigeria, and even Togo," he said.

Present at the meeting was the president of ATWAG, George Quaye who led the team of executives to the office of the Deputy Minister.

On the behalf of the association, he requested recognition and support from the Ministry in its operations.

He stated that the association has been in existence for a while, and with a set of passionate members of the executive board there was a quest to leave behind a solid legacy.

Mr. Okraku Mantey assured a fruitful partnership between his outfit and the association.