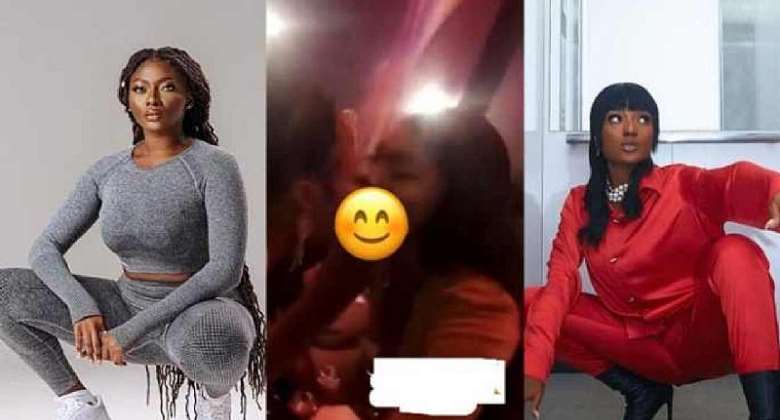 Black Avenue Muzik signee S3fa has reacted to a viral video that depicted her as a lesbian.

Speaking to Abeiku Santana in an interview on the 'Atuu' show which is aired on UTV, S3fa stated that the angle of the video made people have a wrong interpretation of the actual situation.

She was reacting to a viral video that showed her allegedly kissing female Ghanaian soul singer Efya Nocturnal at an event in Accra about a year ago.

"The angle the person took the video from gave that impression because I was with my team and sisters when she came in; we exchanged English-style hugs and kissed her on the cheeks in a flash because Afya was in a hurry to use the washroom," she explained.

The 'Echoke' hitmaker expressed that she is straight and is not bothered about the public perception of her.

Speaking on whether she has been bothered with lesbian advancements she stated, "I am a very pretty woman so they come but I just tell I am not interested.

"I am also careful because they are the people promoting my music and I don't sack them but I tell them I love them but they should be in their lane," she said.