Jefe Finesse is on "Real Talk" for the Go–getters 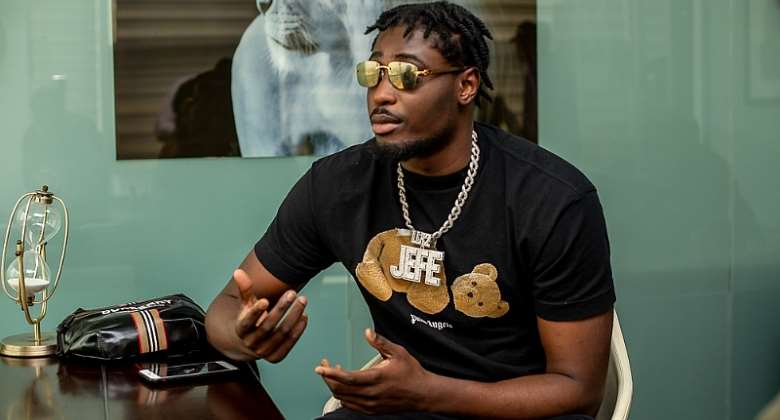 Jefe has released over five music projects, all singles, including "LLK2" , "Wavy" , "HoodLegend" , "In These Streets", "Ridding Dirty" and loads of other unreleased songs. Now, the rapper has decided to level up with the release of his current single, "Real Talk."

"Real Talk" is a single that the rapper used to communicate with his fans, especially the go-getters. He said, "This song is for all the hustlers out there that wake up every morning to go and get a dollar. However you make your money, you’re a trapper in that specific field," he stated.

Jefe describes himself as his biggest competition. "If I can be better than myself every day, then there’s no limit for me."

His music is enthused by life. "When I rap, I rap about things people can relate to. Whether it’s the everyday life struggles or the luxurious lifestyle most people dream or grind to obtain.

Jefe said he is inspired by artists like Jay-Z, Birdman, and Master P. "People of that caliber," because they are bosses in the music world. They aren’t just artists; they understand the business side of things too, and that’s exactly what I’m coming into the game to do. I want to show that I am a great artist, but then have the business side of things under control as well. "

He also encourages other growing talents to believe in themselves and grind towards what they want to do in their lives, and it will happen. "I am a big believer in manifestation, but those things also come with smart work. Manifestation doesn’t work if you don’t put the work in."

Latest Photo Reports
Catch up with all the political quotes from our politicians.
Advertise here
More Industry News
ModernGhana Links
Monetize your nude content — Yvonne Nelson advises Abena Korkor
I didn’t discuss entertainment with Akufo-Addo because a lot has been said already – Edem (Video)
I once stole from a taxi driver when I was broke – Majid Michel
The money I used to promote my first album can build house — Alice McKenzie (Video)
Kizz Daniel sells out the O2 Academy London in the first leg of his Afro classic tour
Rex Owusu Marfo aka Rex Omar re-elected GHAMRO Board Chairman
Dr. Mohammed Awal assures ATWAG of support
Ghana’s musical industry on ticking time bomb – Celebrated Multi-instrumentalist
Not winning ‘VGMA Artiste of the year’ was a flip – Joe Mettle
TOP STORIES