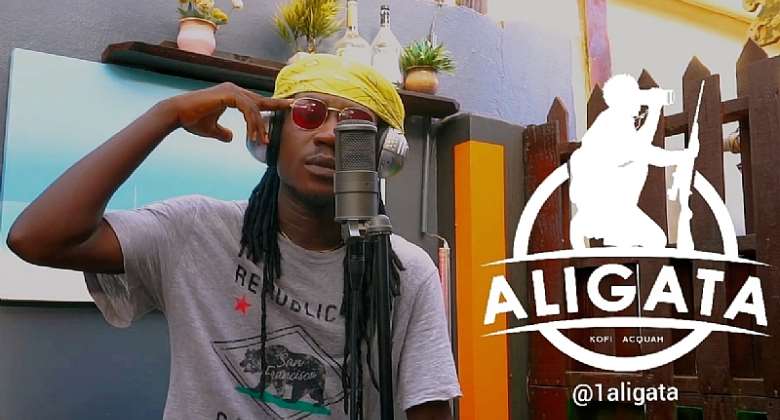 Dancehall most at times is characterised by its violent lyrics and at certain times by its raw and vulgar vibes.

When people talked about war, what comes to mind is action movies and nothing beats a well-directed Chinese action movie which comes with its well-orchestrated fighting routines mixed with lots of comedy and fun to calm your nerves.

Aligata goes lyrically dark in this freestyle. He drops a lot of well-coordinated words and punches and climaxed each verse with a soothing chorus which makes you want to repeat the words "CHING CHANG CHONG".

Check this freestyle out yourself and be your own judge. Don't forget to share as well. Cheers