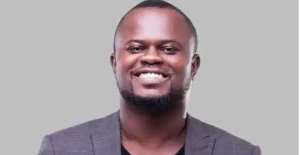 Award-winning Ghanaian gospel musician, Cwesi Oteng, has shared his opinion on the controversial 1.75% tax on Electronic Transaction Levy, popularly known as E-Levy, by the government.

In an interview with Zionfelix, Cwesi Oteng said his decision to support government policies is not because he is affiliated with the NPP, but because he believes in the policies and their impact on society.

According to him, development is very expensive and it comes with a price that citizens of any country should be willing to pay. “It’s an avenue for revenue government can have,” he said.

According to Cwesi Oteng, Ghanaians should embrace the proposed E-Levy tax, adding that “people don’t like paying tax in our country which has reduced the level of development the ordinary Ghanaian deserve.”

“A lot of people have issues with it but I think that development is expensive. I was in Dubai and I spent $300 just by entering and coming out of a shop.

“Sometimes when I talk people think I'm talking for the government, but I speak as a citizen. Whenever I pay Momo and they deduct from my account it makes me happy because I feel like I'm contributing something to the country,” he added.

The E-Levy was first announced by Finance Minister Ken Ofori-Atta during his presentation of the 2022 Budget Statement and Economic Policy of Government on November 17.

Since then, the levy that seeks to charge a 1.75% tax on financial transactions that exceed GH¢100 has created a lot of controversies. Although the Majority in Parliament are all for it amid agitations from Ghanaians, the Minority in the House have time and again stressed that they will fight to ensure it is rejected.