All set for NEW Year Comedy Night With DKB and friends 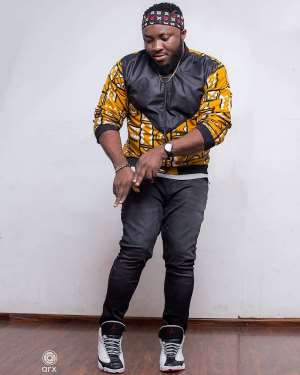 Revellers will have an unforgettable experience as comedian, DKB flanked by some other colleagues and musicians mount the big stage at the New Year Comedy Night.

The show slated for January 1, would take place at the plush Alisa Hotel in Accra.

Patrons would be treated to an evening of hilarious back-to-back rib cracking jokes.

According to organisers, this edition would have two shows, 6pm and 9pm respectively.

The two shows this time around is aimed at controlling the numbers to ensure strict adherence to COVID-19 protocols.

DKB, host for the show has called on Ghanaians to continously support the comedy industry with their presence .

This he said would enable comedy take it place and play an intergral role in the lives of people.

Hottest Photo Reports
Catch up with all the political quotes from our politicians.
Advertise here
More from Comedy News
ModernGhana Links
Comedians are not fools; they are smart, intelligent and creative — MJ the Comedian
Noire Comedy uncensored set to hold on April 30
'You are a stupid, miserable local comedian badly brought up' — Joy News' Isarael Laryea's wife blasts Comedian OB Amponsah over Covid-19 joke
TOP STORIES