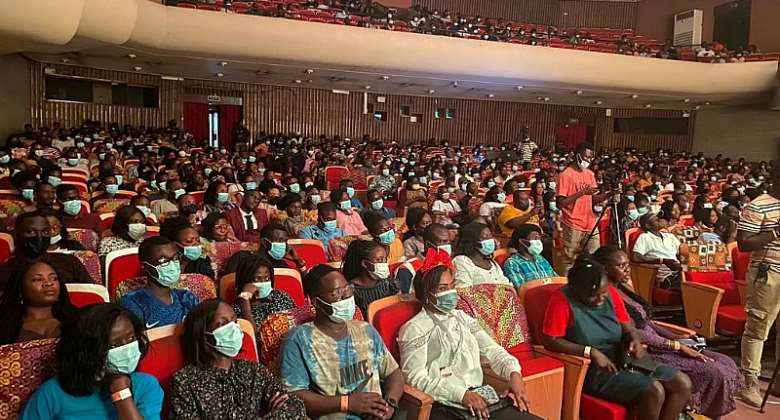 When Emergency Wedding was cancelled twice, it brought a lot of headache to playwright Kobina Ansah and his team, Scribe Productions. Aside the financial loss, it seemed almost impossible to bounce back the third time with the same play.

As fate would have it, on Saturday, 18th December, 2021, theater patrons thronged National Theater to catch a glimpse of the much-publicized play, Emergency Wedding. For both showings, the theater was full to capacity.

Speaking about the success of the play, Kobina Ansah said, "It had been a long journey with this play. We had to rebrand it, dubbing it as THE THIRD COMING. I think this worked for us even though we thought people may have been tired of the play already."

Emergency Wedding is a multi-themed social drama that touches on the societal pressure on young people to get married. It was written and directed by Kobina Ansah and produced by Scribe Productions.