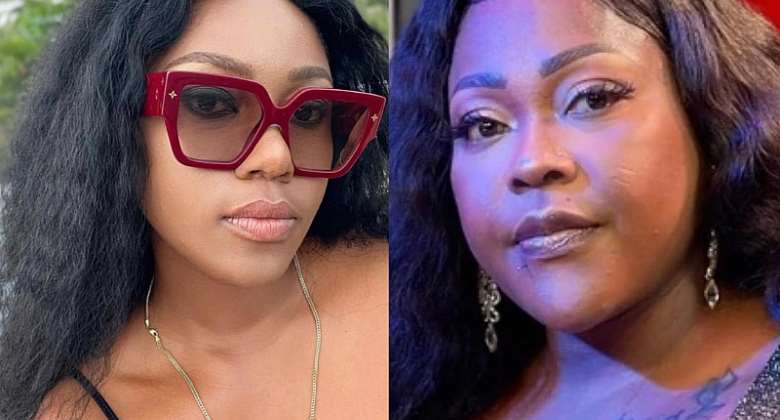 An Accra High Court has awarded Yvonne Nelson GH500,000 in a defamation case against Mona Gucci for malicious statements she made about the award winning actress on Accra-based Neat Fm.

Mona who is a socialite and presenter was not in court when the judgement was passed.

The Court presided over by Justice John Eugene Nyante Nyandu ordered Mona to pay GH¢500,000 to Yvonne and also apologise for her defamatory publication about the celebrated actress.

Also, she has been restrained from making any more defamatory comments about the Princess Tyra actress.

In May 2020, Mona in an interview with Neat Fm, a subsidiary of the Despite Media Group named an extensive list of Ghanaian female media and social personalities as “slay queens.”

The “slay queen,” term according to her can be equated to a woman of loose morals, who under the cover of legitimacy engages in prostitution and other illicit activities for sustenance.

In the said interview Mona boldly mentioned Yvonne Nelson’s name among her list of people she referred to as slay queens.

"Yvonne doesn't show off, but she is a slay because you know the slay queen it entails a lot, we have both showing off and some contacts and people who we know that the things that you do and the lifestyle you exhibit, someone is paying for you behind the scenes,” she alleged.

The statement largely presented Yvonne as someone perverted in a character who engages in immoral and illicit activities.

When Yvonne’s counsel wrote to her to retract her malicious statement and apologise, she refused and rather went on a social media tirade spewing more disparaging comments.

“YVONNE NELSON SAYS SHE'S SUING ME IN COURT SOMEONE SHOULD TELL HER I SAID SHE SHOULD FUCK OFF ... YVONNE FUCK THE FUCK OFF!! AND DON'T DISGRACE YOURSELF!! ... " and subsequently, "FUCK OFF YVONNE, SHUT THE FUCK UP I won’t FUCKIN APOLOGIZE TO USO HURRY UP AND LETS FUCKIN MEET IN COURT,” she wrote on social media.

Yvonne then went ahead to take the matter up in court by suing her.

But all the time the case was called, Mona never showed up in court despite her bluff on social media.

“On the 13th July 2020 the Plaintiff/Applicant herein caused a writ of summons and statement claim to be issued against the defendant praying for the reliefs set out in the statement of claim and the endorsement on the writ of summons. My Lord, it became necessary to serve the processes by substituted service due to the evasiveness of the defendant. That on the 8th June 2021 an order for substituted service was granted. That my Lord will notice from the docket that the defendant was served by an Affidavit of Posting dated the 8th of July, 2021. That a search dated 13th of October, 2021 shows that the defendant has made no response to the suit. That accordingly with the rules, we, therefore, pray this court for an order for Judgment in Default of Appearance. Respectfully submitted,” the document quoted Yvonne’s counsel to have said.

The Court, therefore granted the application as prayed by Yvonne Nelson’s counsel.