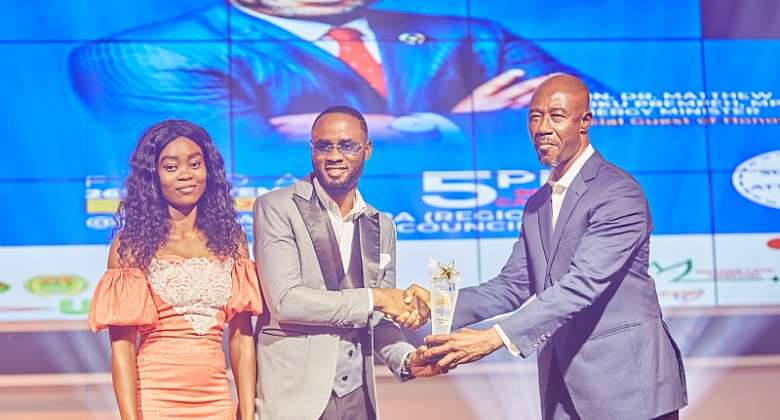 The SRC President of the Institute of Business Management and Journalism (IBM&J) has been honoured at the just ended GUPS PRO AWARDS, held on Friday 6th November 2021, at GNAT Hall in Accra.

Eric Murphy Asare who is a columnist on ModernGhana.com received the coveted award for the Professional Students Blogger Of The Year for his columnist's contribution to youth leadership, politics and governance both nationally and internationally.

Receiving the award, the enterprising blogger and host of the Secrecy Behind Illuminati Social program on Iron TV thanked the Almighty God for his unfailing promises, and the students of IBM&J, especially the Student Representative Council for their support.

He urged young people especially upcoming journalists to take the issue of accountability serious and move from rhetorics to action. "We have to ourselves an opportunity to build a future that truly represents all, as student leaders, we should hold leaders accountable regardless of our political difference, we must always prove beyond just writing, and be the mouthpiece of the populace who has entrusted us the mandate to lead, one day, the barton will be handed over, accountability Will be the yardstick measure of our abilities …” he added.

The celebrated youth leader expressed appreciation to the organizers and Bishop Dr Kwaku Opoku Sarpong of Christ Mediation Church for his support.

The maiden GUPS PRO AWARDS was organized to recognise the efforts of members of the Ghana Union of Professional Students as well some leading figures in the country whose works are believed to make a wide impact.