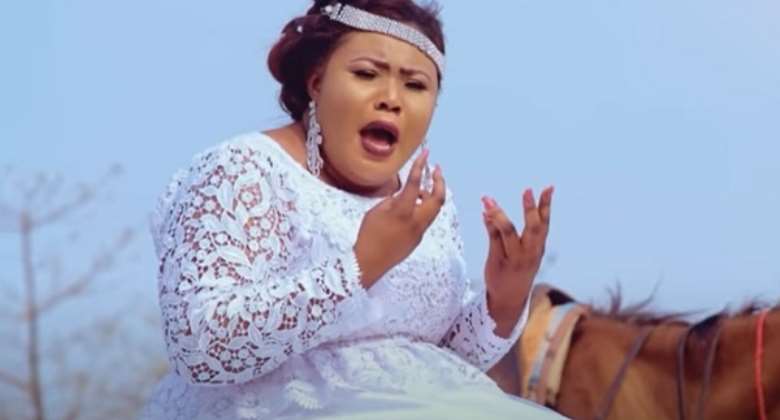 An Accra Circuit Court has ordered the arrest of a 29-year-old blogger and gospel musician, Jacklin Sarfo Gyamfua, aka Ohemaa Jackie, for refusing to appear before it.

The Court issued a bench warrant for the arrest of the musician because prosecution had informed the Court that Gyamfua had failed to comply with the orders of the court after she was granted bail.

The Court, as part of the bail condition, had asked Gyamfua to report to the Police but she failed.

The relieving judge, Priscilla Dapaah Mireku, held that since no reasonable excuse had been given by her lawyer, Gyamfua should be arrested.

The matter has been adjourned to December 6.

Gyamfua is accused of defrauding a trader of 21,000 Euros under the pretext of securing her two Italian passports and Resident Identity Cards.

She is facing charges of defrauding by false pretenses and forgery of official documents and had denied the charges and on GHC150,000 bail.

The prosecution said in February this year, the complainant and a witness in the case saw the accused person running adverts on social media platforms purporting to be securing travelling documents and resident ID cards for every country within the European Union (EU).

The Prosecutor said the complainant who was interested in travelling to Italy, contacted the accused on her phone and posted against her Facebook advertisement.

The prosecution said Gyamfua then gave the complainant her Access Bank Account bearing the name, Afua Serwa Dwamena and UMB account with the name, Lordmens Enterprise and requested the complainant to pay the 24,000 Euros into the accounts.

According to the Prosecutor, the complainant paid 21,000 Euros into the accounts provided by the accused.

He said on March 30, this year, the complainant presented the passports at the Kotoka International Airport and was arrested for presenting fake passports.

The prosecution said a report was made to the Police at the National Signal Bureau/ National Security.

On September 8, this year, Gyamfua was arrested and during a search in her house, two forged Italian passports and two Resident ID Cards were found.

What's the big deal if military is withdrawn from Speaker Ba...
59 minutes ago