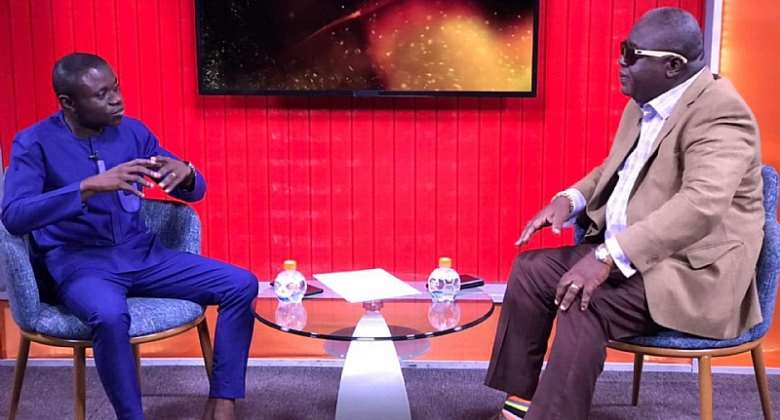 Veteran music producer Fred Kyei Mensah popularly known as Fredyma has revealed that his Blood Pressure shot up when Peace FM disrespectfully sacked him from their entertainment programme some years back.

Speaking with Agyemang Prempeh, host of ‘Legends’ on TV XYZ, monitored by this reporter, Fredyma stated that the Peace FM Entertainment show started in 2006 and he joined in 2007 as a regular panel but after 14 years, thus in 2021, he was sacked by Kwesi Aboagye the host disrespectfully.

“The show belongs to the host, it’s his program and he has the right to sack me but how he sacked me is the problem because it was very disrespectful," he stated.

Recounting how the incident unfolded, Fredyma noted that it was after a show when Prophet Owusu Bempah made a statement about Ghanaian celebrities.

“I was a panelist on the show at the time when Owusu Bempah made certain statements about Ghanaian celebrities and as we were analysing his statement I said Owusu Bempah is my family member and that I will speak to him after the show.

"After the show, the presenter called me disrespectfully with his left hand that I shouldn’t come for the show again.

“After 14 solid years on the show and considering my sacrifice, my BP shot high because I realized I have wasted 14 years,” he emphasised.

Finance Minister announce transactions to be excluded from E...
44 minutes ago