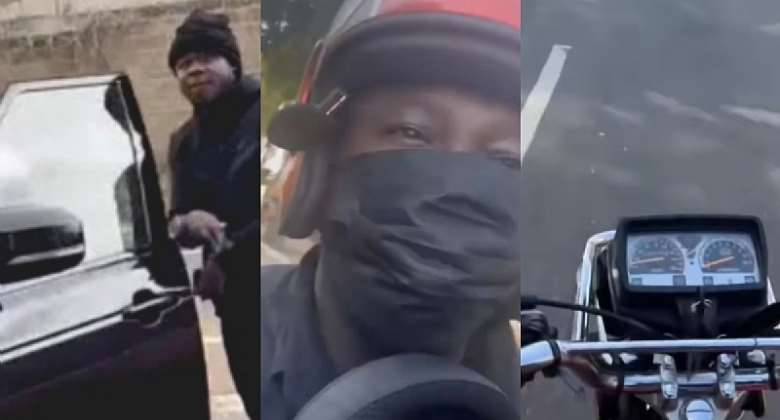 Rapper Medikal is set to appear before court November 9 for brandishing a gun on social media.

A video currently circulating on social media, shows a rapper Medikal sitting on a commercial motorcycle to avoid getting to court late for his next hearing has popped up.

To make it on time for his hearing, Medikal left all his flashy cars at home and hopped on an okada to avoid the heavy traffic in town.

A circuit court judge in Accra remanded Medikal into prison custody for five days on October 22.

He was later granted bail in the amount of GH100,000 with one surety.