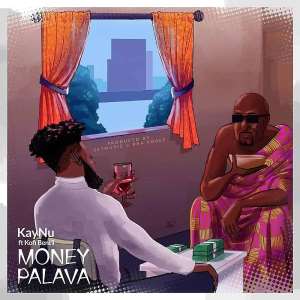 The music scene is always experiencing the emergence of new talents. One of such is none other than the man who goes by the name Kaynu. He began his professional career in 2019 as a singer. However, due to his beat making ability he has worked with a host of talented people. Notable amongst them lot is Medikal.

The music creator has also worked in radio as presenter Pravada Radio which he recounts was an experience he quite enjoyed. His first major public performance was a show organized by Zylofon Media at East Legon. As a promising star he has had his fair share of discomforting moments due to technical hitches. He considers himself his own inspiration and best artiste.

He looks forward to working on his maiden album which he wants to discuss at a later date. Currently, he has a new single out titled, ‘Money Palava’ which features Kofi Bentil of the Western Diamonds Band, a band that had as part of its members veterans such as Pat Thomas and Papa Yankson of blessed memory.