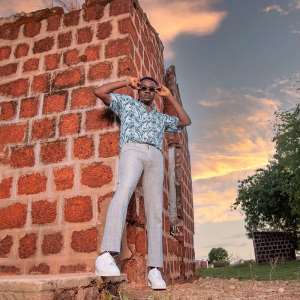 Born Elias Addah Awupireh in the late 80’s to Ghanaian Mother and Father in the Northern Region of Ghana. Bra Mini comes from Navrongo in the Upper East Region of Ghana.

He studied System Engineering at IPMC in the year 2017.

Bra Mini is a model with passion who is more constantly blowing up the minds of his followers with concept shoots.

"I identify myself as a commercial model even though I find myself doing a lot of photo modelling lately,” he said.

Because of his love for Modelling, Photography, and Arts in general, he currently works as a photographer with Inspire Legacy.

"Inspire Legacy has been a backbone to my Modelling career. They have been there since I started Modelling and they have always been behind most of the photos I post on my pages. They also trained me in photography and I am currently a photographer with them. Shout out to the CEO Ayariga A. Mark for holding me down," he added.

He started his modelling career way back in 2017 with Versatile Modeling Agency which saw him mounting stages and runways like Buluk Fashion Night, Northern Fashion Extra both hosted by Versatile Modelling Agency, and the Vintage vs Vogue fashion Show hosted by Ara Ambitious of Ara Klothen to showcase his talent.

Bra Mini’s handwork has earned him some executive positions in his career. He was appointed the Organizer for the Upper East Models Union in 2020. He also won the best male commercial model of the year at the Upper East Region Models Awards in 2017.

He is currently a Freelance Model who is willing to work with cooperate bodies, Clothing lines, Editorial Magazines, Modelling Agencies, and any other brand that will need the service of a photo model.

"I am a big deal, trust me to spice up your brand," he said.

‘Ghana is broke’, bear with government over its domestic deb...
44 minutes ago

Government investing in national cathedral after announcing ...
51 minutes ago