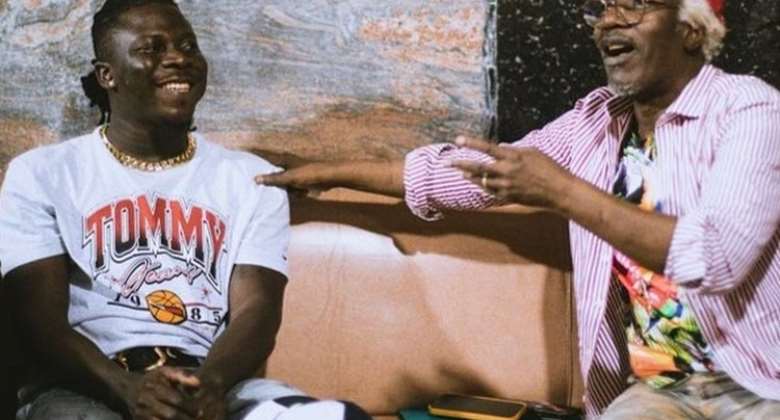 Ghanaian dancehall artiste, Stonebwoy, says he has received the green light to record a remix of Alpha Blondy’s 1986 classic, Jerusalem.

The song, which was intended to celebrate diversity and coexistence among Christians, Jews, Muslims in the ‘Holy Land’, was written by the Ivorian musician in 1985 shortly after his first visit to the ancient city.

Stonebwoy was on Citi TV’s Point of View with Bernard Avle to talk about his music journey, philanthropy and activism.

He said he has several unreleased projects, including songs with Alpha Blondy and Buju Banton who according to him, were two of his biggest influences during his childhood.

The 2015 Vodafone Ghana Music Awards (VGMA) Artiste of the Year, said he has met both artistes on separate occasions and recorded songs with them which are yet to be released.

Nicknamed ‘Bob Marley of Africa’, Alpha Blondy worked with The Wailers on his Jerusalem album in 1986 which includes the song, Jerusalem. Stonebwoy would become the first musician to produce an official remix.

Stonebwoy also revealed that he has a strong relationship with Jamaican reggae icon, Buju Banton, and might be able to invite him to perform in Ghana for a concert.

“I had the opportunity to hang out with Buju (Banton) in Jamaica where I found out he knows a lot about Ghana, and he claims to be from the Northern part of the country,” he added.

Stonebwoy said he admires the reggae veterans for their deep insight and consciousness, which reflects in their lyrics.