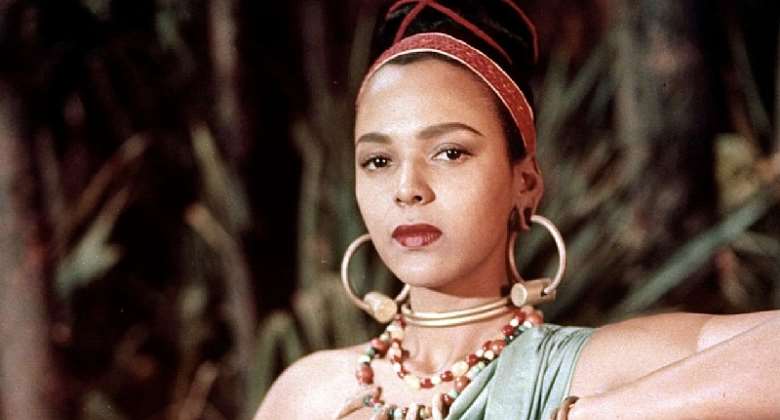 Anny’s stunning styles inspired by Africa have already won over the audience. The love and support even earned Anny recognition as the Fashion Influencer of the Year at Pulse Influencer Awards hosted by popular news platform Pulse Ghana. On her Instagram blog @annyjustnow, Anny enlightens people not only about African fashion but also about African culture and traditions. If you aren't following her already you should definitely check out her profile.

For Halloween 2021 Anny paid tribute to Dorothy Dandridge, the first African-American film star to be nominated for the Oscars for Best Actress. In 1951 was released Tarzan's Peril, a film directed by Byron Haskin and starring Lex Barker as Tarzan and Virginia Huston as Jane, and featuring Dorothy Dandridge as "Melmendi, Queen of the Ashuba tribe” whose costume Anny has recreated. Although the majority of scenes were shot in the US, several settings were shot in Kenya, making it the first Tarzan film to be filmed in Africa.

On her Instagram, Anny shared a couple of photos of the reproduced look along with the original behind-the-scenes photos of Dorothy Dandridge. The outfit features coral beads with light blue and red fabric wrapped around the body and fully resembles an impression of an African Queen. It is worth mentioning that the similar features of the ladies made the image very realistic.