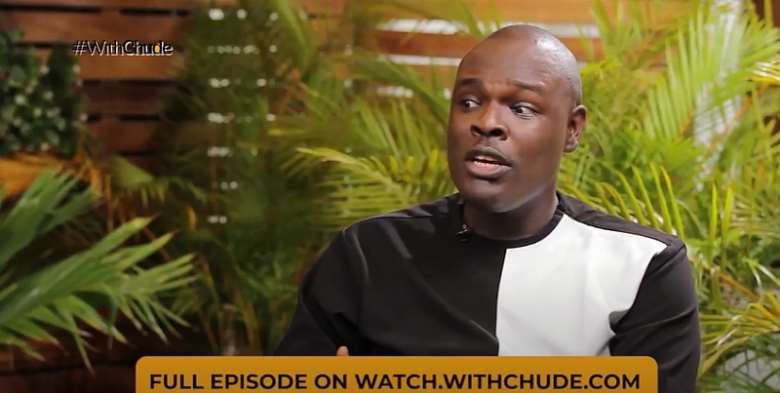 On this episode of #WithChude, award-winning actor, model and TV personality Damilola Adegbite, whose name is no stranger to every Nigerian household, opens up to host Chude Jideonwo about her journey in the industry, her divorce and her life as a single mother.

Filled with gratitude for her journey in the industry, the actor spoke of how she became a cast member on Tinsel and how it remains one of her best life experiences. In her words, “Tinsel happened at a time when I was fresh out of school and I was expecting humble beginnings and hustle. I was actually on another set out of Lagos when I received the call to audition and when I got there I couldn’t believe the magnitude of what I was getting on. As it was my first job, I was earning a lot monthly.”

It was on the same show that Damilola would later meet her ex-husband, who she would marry in 2015 and shortly after, separate from in 2017.

Speaking on lessons learnt from her divorce and the Public general hostility to divorce, she declared that “love is not enough”. In her words, “Most people just have the general idea that once a marriage doesn’t work, it is a bad thing. But not every marriage was ordained by God. We made our decisions based on what we thought was right but maybe we were not. In my situation, I fought till the end and I prayed like never before.”

Commenting on her life as a single mother, she stated that “she misses out on nothing being a single mother but there are moments” when it does get difficult.

Four years later, Damilola continues to enjoy a successful career, and her spirit remains unbreakable. Confessing the source of her strength, she said: “You ride whatever wave you are given.”