WATCH: Shatta Wale, Medikal run to the beach for 'spiritual' cleansing after bail 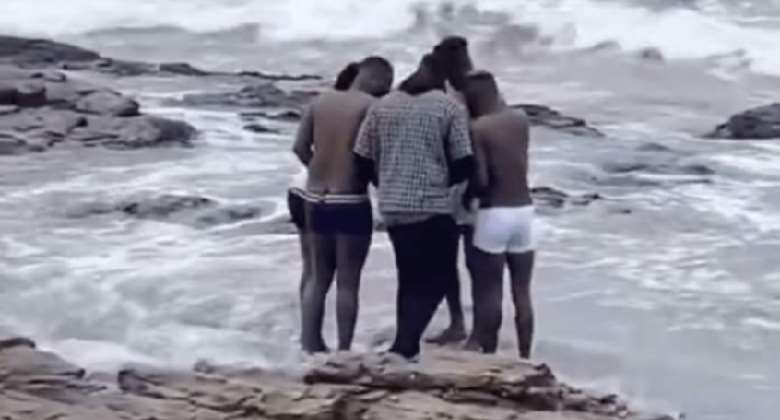 Popular Ghanaian musicians, Shatta Wale and Medikal have both run to the beach for 'spiritual' cleansing after they were granted bail.

The two award-winning musicians and three others who were arrested for faking a gun attack and the brandishing of a gun respectively were granted bail on Tuesday, October 26, 2021.

All five persons were granted a bail of GHS100,000. Although Shatta Wale was given a self-cognizance bail, the bail of the others came with various conditions.

Prior to the granting of bail, Shatta Wale and Medikal were made to bear the punishment of their charges as they were remanded to spend days in the Ankaful Prison.

Not long after their release, they were spotted at an Accra beach with some fans in what appeared to be a cleansing session.