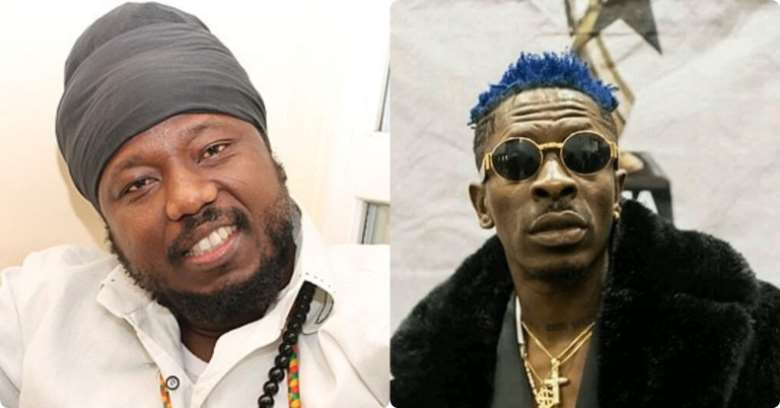 Radio personality, Blakk Rasta has described Shatta Wale as a 'junkie' following his arrest by the Ghana Police Service.

The popular award-winning dancehall artiste was arrested by the Police last week for faking a gunshot attack on the back of a prophecy from Bishop Stephen Kwesi Appiah that he would be shot dead on October 18.

Subsequently, after his arrest, he was put before court and remanded one week for causing fear and panic.

In a Tweet, Blakk Rasta has surprisingly taken the opportunity to rekindle an old beef with the dancehall musician.

With reference to a comment from Shatta Wale in 2015, Blakk Rasta appears elated the musician is going through his current ordeal.

“Shatta Wale, this was you in 2015. When you sow the wind, you reap a STORM… Junkie Bwoy, rest in JAIL..!,” Black Rasta has said in a post on his Twitter page.

Shatta Wale will later this week reappear in court where the hearing for his case will continue.

According to lawyers, he risks being sentenced to prison for up to five years.